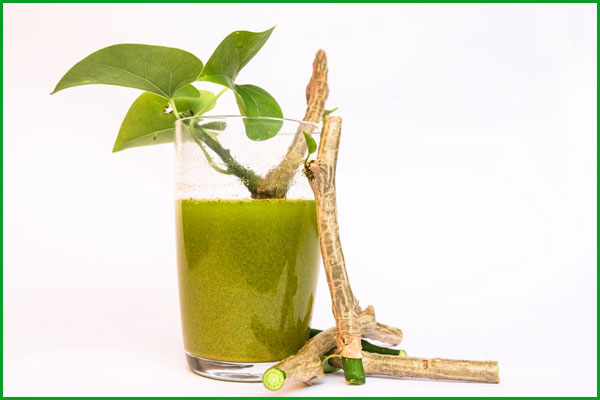 Lucknow: When the first wave of Covid struck, know-it-all doctors and ‘medical experts’ claimed that ‘giloy’ was an immunity booster that would help fight the virus.

Almost overnight, the sales of Giloy rocketed and people started taking it without any medical consultation.

Now two years later, a study recently published in Hepatology Communications, the official journal of the American Association for the Study of Liver Disease, has found that consumption of ‘giloy’ without prescription and monitoring can cause damage to organs such as the liver.

The study was conducted by Liver Research Club of India at 13 medical centres including King George’s Medical University (KGMU).

Giloy, also known as ‘Amrita’ or ‘Guduchi’ in Hindi, is an herb that helps improve digestion and boost immunity. It has heart-shaped leaves that resemble betel leaves. All parts of the plant are used in Ayurvedic medicine. However, the stem is thought to have the most beneficial compounds.

The study was conducted on 43 patients — 23 females and 20 males — who reported symptoms of jaundice. Clinical findings revealed that all patients were suffering from chronic liver disease or liver failure.

Doctors also found that each of the patients had a history of taking a concoction of giloy.

Dr Ajay Kumar Patwa, associate professor of gastroenterology at KGMU, said, “We found that giloy was the main cause of liver issues in 67.4 per cent (29) patients as there was no other factor like excessive alcohol consumption, diabetes, thyroid, hypertension or any other etiological reason. The remaining patients consumed alcohol regularly and had comorbidities, hence they were not included among those in whom giloy was the main cause.”

“Most of these patients had consumed the herbal drug without prescription or taken unprescribed doses for an average 46 days. This generated common antinuclear antibodies which started attacking liver cells and induced acute hepatitis with autoimmune hepatitis-like features,” said Prof Patwa.