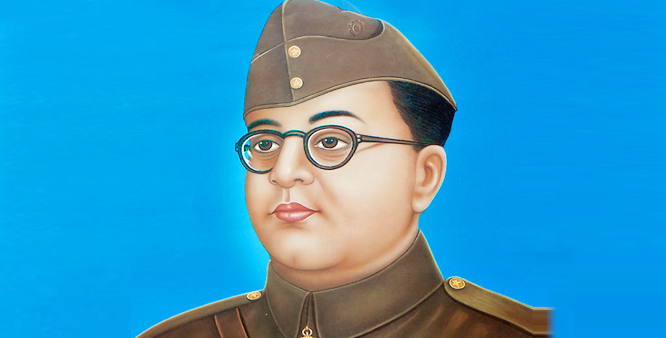 New Delhi: A new book on the death of Subhas Chandra Bose, who was born at Odia Bazar in Cuttack of Odisha  — with a foreword by Boses daughter Anita Bose Pfaff — presents an entire “gamut of documentary evidence” to suggest that Netaji perished as a result of a plane crash at Taipei on August 18, 1945. Its author, Ashis Ray, claimed that the remains at Tokyo’s Renkoji temple are his and that it is a dishonour that his remains have not been brought to India even after 72 years since his death.

“There is no mystery, only a lingering and needless controversy. Subhas Bose unquestionably died as a result of a plane crash in Taipei on 18 August 1945. Eleven different official and unofficial investigations — brought together in my book for the first time — re-confirm this. The mortal remains preserved at Tokyo’s Renkoji temple are undoubtedly his. It is incredible dishonour and disrespect to the memory of a great son of India that his remains have not been brought to India even after 72 years since his death,” Ashis Ray, the author of upcoming “Laid To Rest” told IANS in an email interview from London.

Netaji’s unfinished autobiography speaks aloud of his love for Odisha

In the book, Ray, who has been a foreign correspondent for 40 years, working mainly for BBC and CNN, mentions that he was well-acquainted with former Prime Minister Narasimha Rao and was “able to encourage moves on his part and in effect action by the Government of India” to bring home the remains of Netaji. Elaborating on this, he maintained that Rao too was certain that Netaji had died in the plane crash.

“Narasimha Rao did not have the slightest doubt that the story of the plane crash was true and that the ashes at Renkoji temple were Subhas Bose’s. He was wary of opposition to the ashes being brought to India from Forward Bloc, BJP and a section of Bose’s extended family — and he was, don’t forget, running a minority government in parliament which was dependent on opposition support. But he sent Pranab Mukherjee, then external affairs minister, to visit the temple and meet Bose’s widow Emilie Schenkl in Germany,” added Ray.

However, the Justice Mukherjee Commission of Inquiry (JMCI) report suggested that the story of Bose’s death in a plane crash was “nothing but a smokescreen” and was rejected by the then UPA government in 2006, which maintained that the “the Commission’s inquiry was inconclusive in many ways, unable to provide a definitive finding on several issues and at variance with past well accepted Inquiry Commissions’ findings in some critical areas”.

“I have some sympathy for Justice Manoj Mukherjee because he was hamstrung by none of the survivors of the plane crash being alive to give evidence when he undertook his inquiry. But I obviously don’t agree with his finding that Subhas Bose did not die as a result of a plane crash at Taipei. The government’s reaction to the report was by no means hasty. It was prompt and proper,” he quipped.

Ray maintained that even though the Narendra Modi-led NDA government has declassified all Government of India files on Subhas Bose, the ruling dispensation has not overturned Singh’s verdict on the Mukherjee Commission report. “This ratified what I have been maintaining since the mid-1990s – that Subhas Bose died as a result of a plane crash at Taipei on 18 August 1945. Having accessed the facts, Modi realised Manmohan Singh’s verdict on the Mukherjee Commission report was correct and didn’t overturn it,” he said.

“All governments in India have so far proved to be cowardly on the issue of bringing Subhas Bose’s ashes to India. The BJP tried to distance itself from the RTI reply. There are no new facts, other than what are cited in my book, which merely reinforce the truth.

“The matter of bringing Subhas Bose’s mortal remains has got caught up in politics; and the attitude of a section of Subhas Bose’s extended family has been unhelpful to Professor Anita Pfaff. I believe the Government of India has a moral and legal obligation to honour Pfaff’s wishes. My information – as elaborated in the book – is the Japanese government is unlikely to object to the remains coming to India,” concluded Ray.

The book, “Laid To Rest” is published by Rolli Books and will be launched on February 12 at Bikaner House in the capital. (IANS)