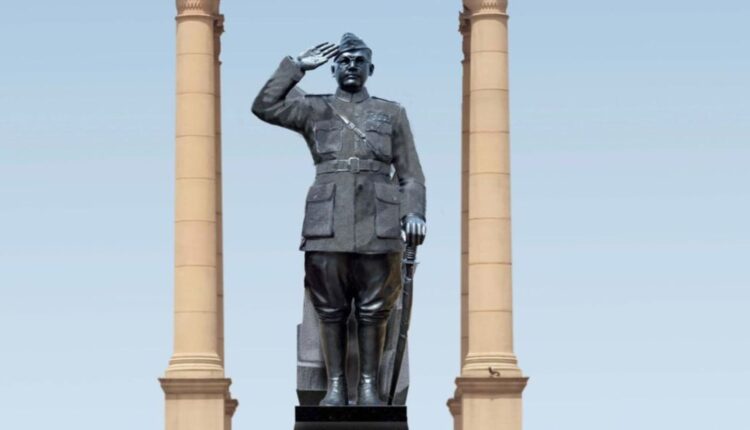 Bhubaneswar: Prime Minister Narendra Modi today announced that a grand statue of Netaji Subhas Chandra Bose will be installed at India Gate in order to commemorate the 125th birth anniversary of the great freedom fighter.

The statue will be sculpted by Odisha’s Adwaita Gadanayak, Director General of National Gallery of Modern Art.

“It is a matter of pride for me to sculpt the statue. The Ministry of Culture has finalised the design and granite from Telangana will be used for creating the statue,” said Gadanayak.

“Selection of stone is being emphasized for the construction purpose. The construction work had already started with the Prime Minister’s announcement today,” he said.

The hologram statue will be powered by a 30,000 lumens 4K projector. An invisible, high gain, 90% transparent holographic screen has been erected in such a way so that it is not visible to visitors. The 3D image of Netaji will be projected on it to create the effect of a hologram. The size of the hologram statue is 28 feet in height and 6 feet in width.