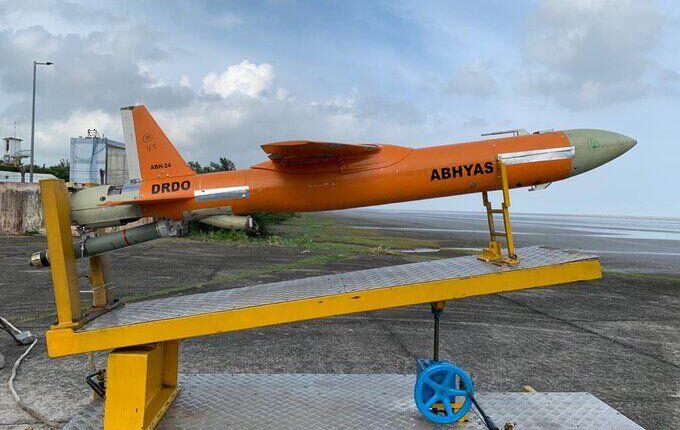 Bhubaneswar: The successful flight test of ABHYAS – High-speed Expendable Aerial Target (HEAT) was today conducted by Defence Research and Development Organisation (DRDO) from the Interim Test Range, Balasore in Odisha. During the trials, two demonstrator vehicles were successfully test flown. The vehicle can be used as target for evaluation of various missile systems.

Abhyas is designed and developed by Aeronautical Development Establishment (ADE), DRDO. The air vehicle is launched using twin underslung booster. It is powered by a small gas turbine engine and has MEMS based Inertial Navigation System (INS) for navigation along with the Flight Control Computer (FCC) for guidance and control. The vehicle is programmed for fully autonomous flight. The check out of air vehicle is done using laptop based Ground Control Station (GCS).

During the test campaign, the user requirement of 5 km flying altitude, vehicle speed of 0.5 mach, endurance of 30 minutes and 2g turn capability of the test vehicle were successfully achieved.

In a congratulatory message, Union Defence Minister Rajnath Singh said, “The DRDO achieved a milestone today with the successful flight test of ABHYAS – High Speed Expandable Aerial Target from ITR Balasore. This can be used as a target for evaluation of various Missile systems. Congratulations to @DRDO_India & other stakeholders for this achievement.”