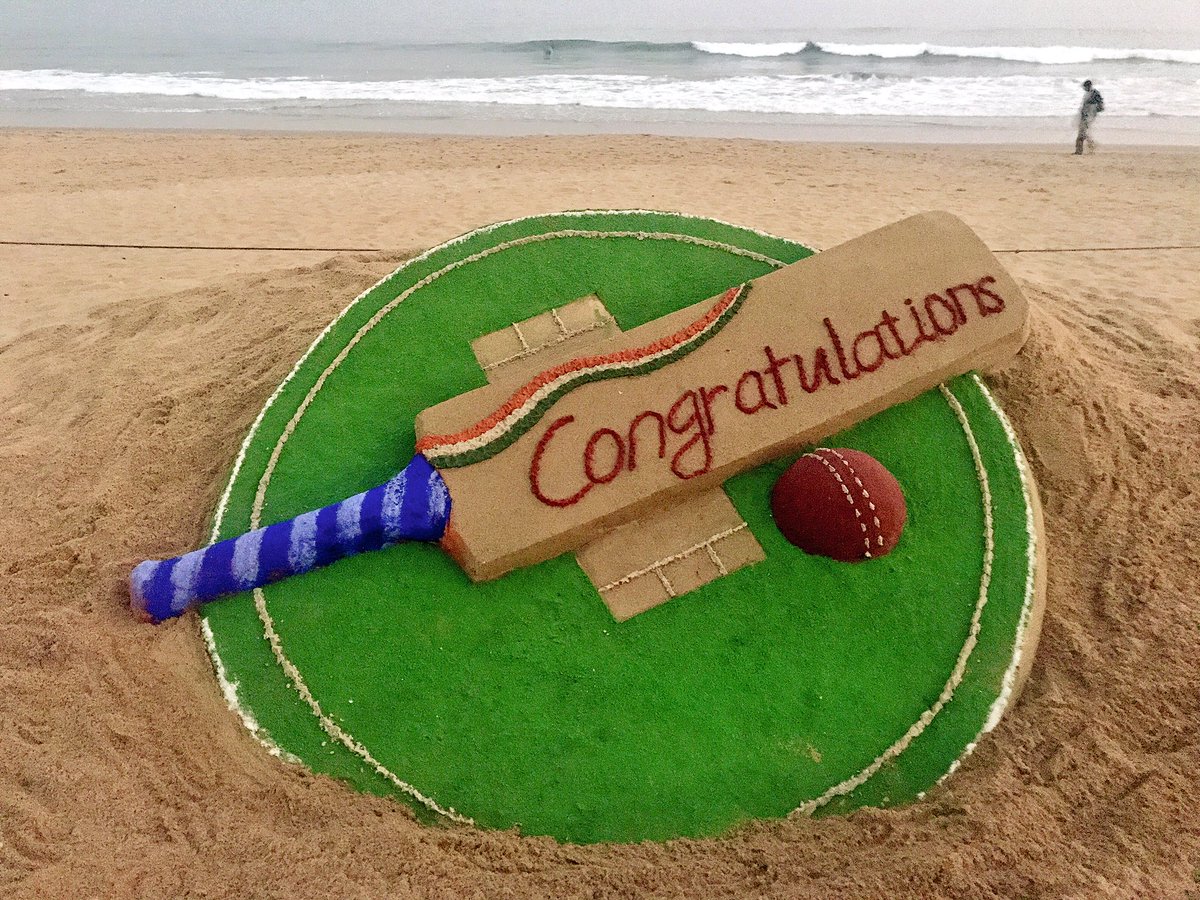 Pattnaik created a beautiful sand art at sea beach here to congratulate the ‘Boys in Blue’. “Well-played! Nations is Proud of you,” he wrote on a cricket bat created erected with sand.

Notably, promising opener Manjot Kalra played a starring role with an unbeaten century as India overpowered Australia by eight wickets in the final to claim the ICC U19 World Cup for a record fourth time.

The Indians were dominant throughout the tournament, winning all their six matches in comprehensive fashion on their way to the title.

What the greats of India had to say about creator of modern Odisha!