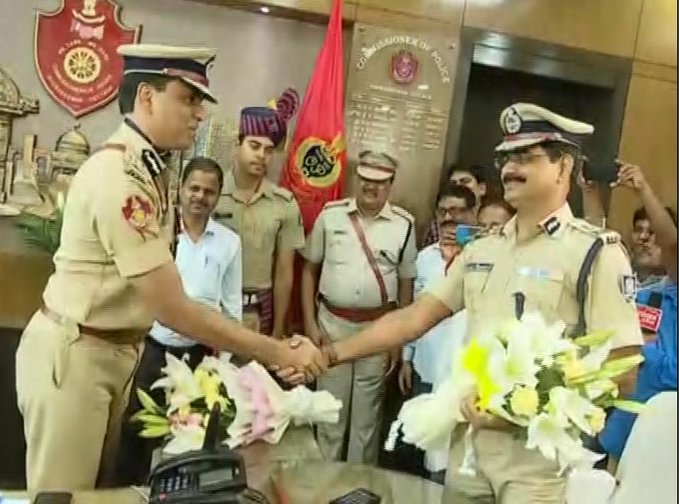 The 1990-batch IPS officer replaced Satyajit Mohanty, who has been posted as Additional DGP (Prisons) and Director Correctional Services (DCS), Bhubaneswar, in the recent major reshuffle in Odisha Police on Monday.

Speaking to media, Sarangi said that priority will be given on curbing crime in the Twin City. Besides, advance technology will be used while delivering services towards the public.

He stressed on intelligence based policing while talking about rising trend of crime in Cuttack and Bhubaneswar.

[Watch] Residents of Cuttack perform ‘Aarti’ of cops on…

“There are several strategies in policing. Some believe in community policing and some in problem solving policing. But, I personally believe in intelligence-led policing,” Sarangi told media.

Giving an example on intelligence based policing, he said, “The PCR van at localities gives some sort of assurance to public. However, the personnel in the van should identify the anti socials crossing them on the road. This is called intelligence-led policing.”

Since the Commissionerate Police is committed to take stringent action against the culprits, we will definitely take action as per the law, he added.

Speaking on cyber crime, Sarangi said, “It will be definitely a challenge for us. But, every crime has a cyber aspect. The criminals are using mobile phones, some using emails. We hope, we will perform better in curbing the cyber crime.”

Earlier, Sarangi was the Director of state crime records bureau (SCRB). He was the instrumental in introducing technology in policing.