Sukma attack to avenge killing of Maoists in Odisha 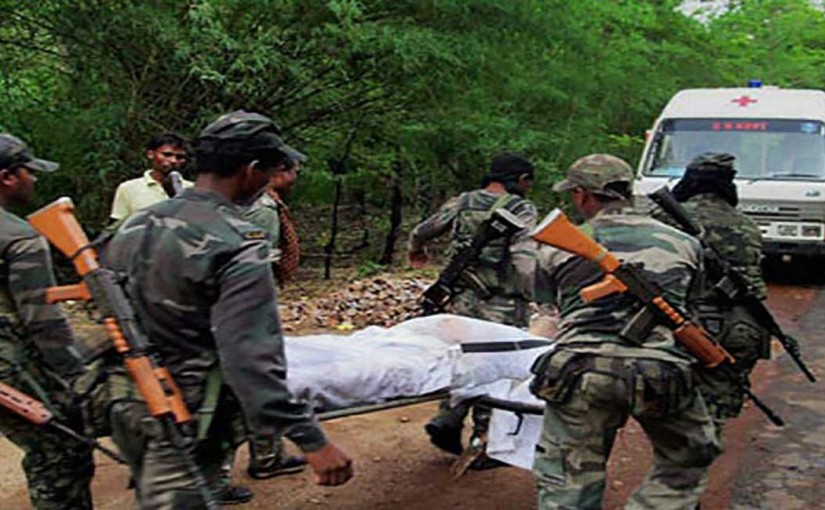 Four days after the deadly assault on CRPF personnel in Sukma district in Chattisgarh that killed 25 jawans, CPI (Maoist) today claimed the responsibility for the attack through an audio tape released to Odisha media.

Dandakaranya Special Zonal Committee (DSZC) spokesperson Vikalp today released an audio tape claiming the responsibility for Sukma attack in which he said that they avenged the killing of the rebels including nine Maoists in Odisha during an operation in the Panasput forest near Chitrakonda.

The member of the outlawed group also threatened to continue with the bloodbath in future too.

“Dandakaranya Special Zonal Committee congratulates the PLGA, comrades and the revolutionary public for successfully executing the attack on CRPF jawans. The attack was in continuation to the attack on March 11. This attack was in protest against anti-Maoist operations in 2016 conducted by state-central forces in which 21 comrades including nine Odisha villagers were killed. Many women and girls are being raped, gangraped and killed by security personnel. The attack should be seen as an attempt for their honour,” Vikalp said in the audio release.

The party appeals to the human rights organisations, writers, journalists, columnists, sportspersons, and filmmakers to understand the motive behind the attack in aforesaid perspective. We do not support violence. We are coming out in support of the agitated public who are protesting the government representing the corporate houses, he said.

The Red leader rejected the reports of the Sukma victims’ genitals being chopped off.

“PLGA do not insult the bodies of jawans killed in the attack by mutilating their genitalia. The corporate media is into false propagation of news that women Maoists cut off the sex organs of the dead jawans. In fact, it is the jawans who are circulating the obscene videos of dead women Maoists killed in encounters through various mobile apps and internet,” he claimed.

“The armed forces are not our enemies. As they are coming on our way of revolutionary movement, they are getting victim of the PLGA automatically. Instead of torturing the tribals and oppressed, they should quit their jobs and train their guns on the tyrants and tormentors,” he further said.