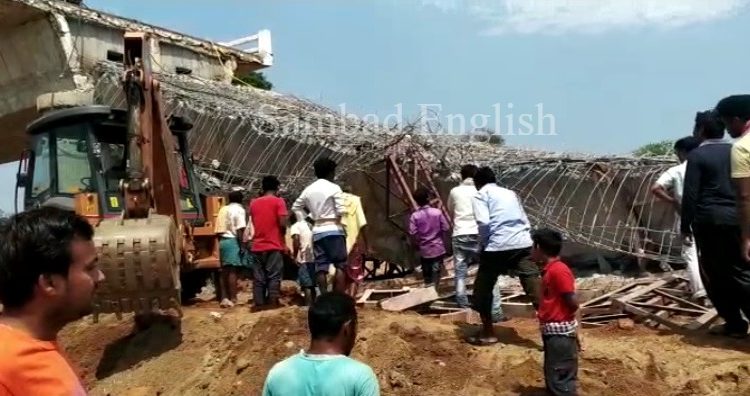 Balangir: Patnagarh Rural Works (RW) Division Executive Engineer Antuni Kissan has been placed under suspension in connection with the collapse of under-construction Suktel bridge in Balangir district that had claimed lives of two workers on April 29.

He was suspended by the  Rural Development Department yesterday with immediate effect.

“During the period of suspension, the headquarters of Kissan shall be the office of the Superintending Engineer, Rural Works Circle, Sunabeda and he shall not leave the headquarters without obtaining previous permission of the latter,” the suspension order reads.

Kissan will be entitled to the payment of subsistence allowance in accordance with Rule 90 of the Odisha Service Code.

“Acharya is directed to take over the charges from Kissan,” the communique added.

On May 6, police had arrested Dinesh Nair, supervisor of the construction company Ramkumar Engineers Pvt  Ltd in connection with the mishap.

Worth mentioning, two labourers were killed while another suffered injuries after the under-construction Suktel bridge collapsed at Tamia village under Patnagarh block on April 29.