Sulagna Panigrahi on how she prepared for her character in ‘Vidrohi’ 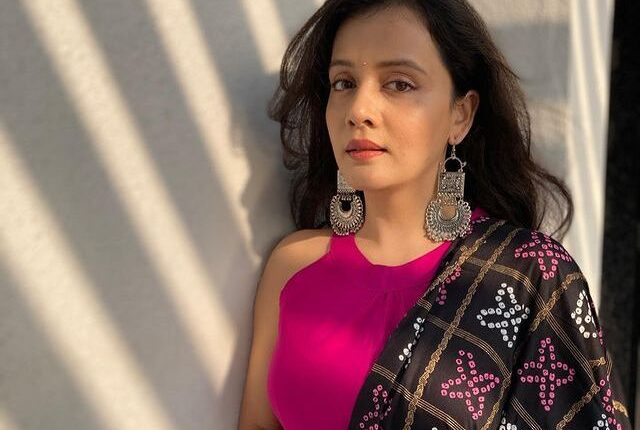 Mumbai: TV and film actress Sulagna Panigrahi is all set to make her comeback on television after a gap of 10 years. The actress will be playing one of the leads in a period drama titled ‘Vidrohi’.

She shares about her role in the daily soap: “I am playing the character of ‘Radhamani’ on the show who was freedom fighter Jagbandhu’s wife. She is extremely calm, sweet, and caring yet strong and ambitious. Radhamani is extremely supportive of her husband and would help him achieve his goals through and through. It’s a beautiful marriage based on immense love and trust.”

The show revolves around Jagabandhu Bidyadhara Mohapatra Bhramarbara Raya popularly known as ‘Buxi Jagabandhu’ was the commander of the king of Khordha, Odisha. The actress says she belongs to Odisha as her father was in the Army so has travelled and lived in every corner of the country. But she is familiar with the language and culture. It helped her also to bring this character on screen in a realistic way.

She tells about the preparation work: “I was born in Odisha but brought up all over the country, being an Army kid. So naturally, I am quite the patriot but my roots are obviously in Odisha. I know the language and its culture.”

“As far as the preparation is concerned, I can do the whole show in the Odia language but I have only tried to keep an Odia touch to my Hindi on the show as the pan-Indian audience might not understand the fluent Odia language. Plus, I also referred to a lot of pictures and images on the internet from that time to get an idea as to how women used to dress in those times, how they used to carry themselves, and what they looked like. The character of Radhamani is quite tricky to play, given she has so much to show and has so much substance, emotions-wise. I had to work on that along with the posture and body language of Radhamani. I hope the audience accepts this character as I have given it my all,” she adds.

“The sarees are quite classy as well. They are soft and sheer in nature. The grace that a soldier’s wife carries, I have actually grabbed from my mom given my dad was an Army man. The way she would dress up and carry herself in a saree at parties and various other social events is what I have kept in mind when it comes to my character’s looks. Also, as the show is based in the 18th century, the hairstyle is quite authentic to its time but all in all, I have taken most of the inspiration from my mother to play this character in terms of looks,” she concludes.