‘Sun tourism’ catching up fast in Himachal; a worrying sign too 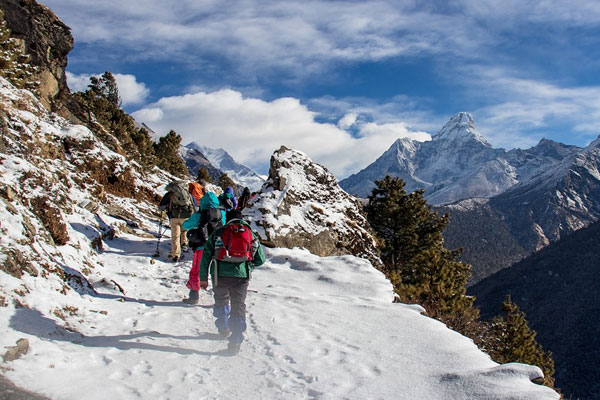 Shimla/Manali: It is the ‘sun tourism’ that is catching up fast in Himachal Pradesh as one gets more balmy days in the winter compared to the northern plains where the fog is screening out the sun, a worrying sign for climate scientists.

But members of the hospitality industry are not complaining. They told that many holidaymakers have now been preferring rooms with sun rise in the balcony, especially in the winter. A breathtaking view of snow-clad peaks will be an added attraction.

Old-timers recall the winter in Shimla and its nearby areas is not as harsh as it was till the late 1970s. “The smoke-belching chimneys, once city’s landmark, are a thing of the past,” remarked Ramesh Sud, who has been living in Shimla since 1960.

Some residents have been wondering if the rise in minimum temperatures in recent years in winter is a result of global warming, though scientists have said the overall warming trend should not have any effect on local weather on such short-time scales, as per current models.

“There is a spectacular view of the snow-marooned Himalayan ranges right from the balcony. In fact, the sunrise is a breathtaking experience. We had a lovely time soaking up the sun and taking small strolls in nearby places at various times in the day, a marvelous getaway,” remarked Prakshit Saini, a tourist from Delhi.

He and his wife Nitasha were staying at a resort on the outskirts of Manali.

Shimla — known for the imperial grandeur of buildings that were once institutions of power when it was the summer capital of British India — saw the season’s first snowfall on January 13.

It had snowy landscape in some patches, mostly in the Mount Jakhu hills, the highest peak of the town.

Manali, some 250 km from the state capital, saw just two spells of snow between January 13 and 21.

“We are getting enquiries daily regarding the possibility of the bright sunny days amidst snowy landscape,” Prem Thakur, who runs The Byke Neelkanth hotel in Manali, said.

“Now most of the tourists prefer not just snow but also the sun with chuckling snow peaks in the horizon,” he added.

Gulaba, 20 km from Manali, is under a thick blanket of snow. “Hundreds of tourists are coming every day to enjoy skiing, snow scooter rides and photography sessions against snow creatures,” said travel agent Naresh Thakur.

An official at the Shimla’s meteorological office said that popular tourist destinations like Shimla, Kasauli, Narkanda, Dharamsala, Palampur, Manali, Chamba and Dalhousie have been experiencing sunny days for the past two days with chances of widespread snow across the state on January 24, ahead of the Republic Day holiday on January 26.

Nikhil Handa, an Amritsar-based entrepreneur, who was holidaying in Shimla with his wife Shreyasi, said, “Magical sunrise! The hills are so beautiful.”

The popular tourist resort town of Narkanda, some 65 km from Shimla, still has good accumulation of snow, whereas Shimla is totally bereft of snow now.

“We are advising our guests that if they want to escape the dense fog and cold in the plains, move to the hills and bask in the mellow sunshine. It is warm and sunny here. And if they want to enjoy the snowy landscape, travel to Shimla’s nearby destinations like Kufri or Narkanda,” Shimla-based hotelier D.P. Bhatia said.

The mighty Dhauladhar peaks overlooking Tibetan Buddhist leader the Dalai Lama’s official palace in Dharamsala is totally wrapped up in a white blanket. So are the chuckling mountains in the horizon of Shimla.

As heavy snow has eluded this erstwhile summer capital of British India in recent times, the “snow manual” of the local administration, followed since the British Raj, has virtually been lying in cold storage, admit officials.

The Shimla Snow Manual lists the responsibilities and duties of the administration during snow such as the setting up of control rooms, deploying men and machinery to clear roads and pathways as well as maintaining power and drinking water supplies.

The local administration, before the onset of winter every year, holds a meeting to review measures and assign duties to handle any emergency in case of heavy snow.

Officials admit that for the past several decades, this meeting — called the snow manual meeting — had become a mere ritual.

Speaking at a workshop on climate change organised last month by the Dr Yashwant Singh Parmar University of Horticulture and Forestry based in Nauni, S.K. Bhardwaj, Department of Environmental Science head, said the average temperature of Himachal Pradesh has increased by 1.5 degrees Celsius in the past 120 years.

“Presently, every country in the world is working to keep the temperature rise below 2 degrees Celsius but still the results are not satisfactory and there are projections that by the end of this century temperature may increase beyond 2 degrees which indicates a climate emergency.”

Advocating a low-carbon style, Bhardwaj said under the climate change situation there is a need to create climate literacy so that “we at the individual level start living in harmony with nature to make a sustainable human society”.

This is an alarm bell for the Himalayan state of Himachal Pradesh where the state’s economy is highly dependent on tourism, besides hydroelectric power and horticulture.