Superstition: Odisha man’s body not given shoulders due to inter caste marriage 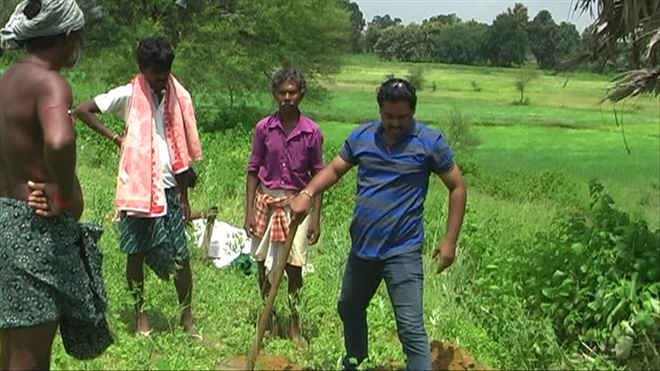 Balangir: Superstition still prevails in mind of 21st century people with showing no compassion even towards dead person for going against social taboo like inter caste marriage.

A man, who had married a woman of other caste, was not given shoulders for taking him to the crematorium even after his death.

The incident was reported at Malpara village under Belpara block in Balangir district where a tribal man’s body lied for hours because he had love marriage breaking all the social rules and restrictions.

According to reports, Minaketan Majhi (32), son of Sada Majhi, had married Bhama Bag of the same village four years ago. As the girl belongs to Gauda caste and married to a person of tribal community, Minaketan’s father was ostracised by his own society members. His community people asked him to rejoin in their society on a condition to provide them a feast.

However, Sada failed to meet the condition. Going against the community members’ will, he allowed his son Minaketan and his newly married bride to stay at his home.

Few years later Minaketan suffered from blood cancer. After undergoing treatment he died on Thursday. As Sada Majhi had spent everything on medical expenses, he had no money for cremation of body of his son. When he urged his community members in the village asking for money for last rites of his son, they remained stick to their condition. The body lied for 15 hours.

Finally, the helpless father with help daughter-in-law and media persons buried his son’s body in the soil.