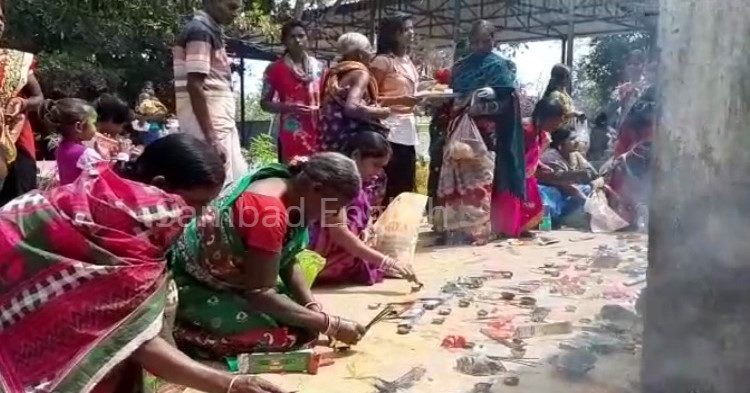 Keonjhar: While governments, health officials and media across the globe are creating awareness to combat the killer novel coronavirus (COVID-19), it seems to have little effect on people in Odisha.

Superstition reigned supreme as thousands of women thronged a Shani temple at Puruna Bazaar area here this morning to offer prayers so as to keep them safe from the highly infectious virus that has killed over 5000 people globally.

The rumour has it that mothers having single child would collect Rs 5 each from seven mothers having twin children. The amount, thus, collected was offered to the goddess.

The women made a beeline to the temple, at the same time the air reverberated with chants and ululation.

“I have come here to perform the special puja at the temple after collecting Rs 5 each from seven women blessed with two sons for safety of my child against coronavirus,” said a woman devotee from Jagannathpur in the district.

On the other hand, the Odisha government yesterday declared the deadly infection as ‘State disaster’ and directed to shut down all educational institutions and movie halls besides restricting public gatherings, conferences, dharnas and any other mass congregation.

Besides, it issued an advisory on containing the spread of the disease.

Aamir Khan turns 55, wishes pour in from B-Town and fans