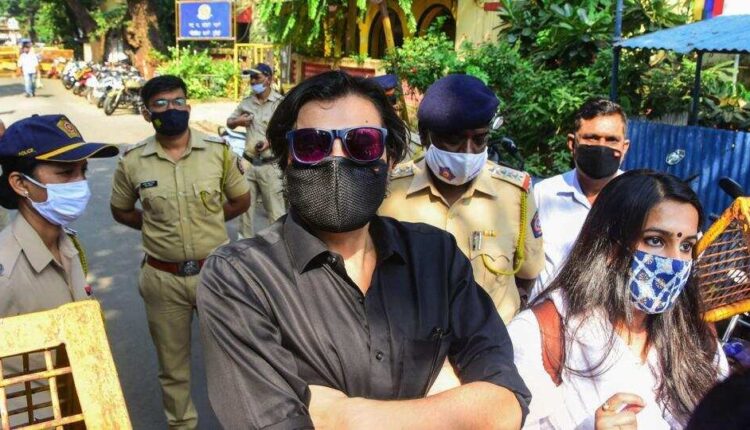 New Delhi: In a major relief for Republic TV editor Arnab Goswami, the Supreme Court on Wednesday granted him interim bail in a 2018 abetment to suicide case. The top court noted that it is deeply concerned if courts do not preserve human liberty and if constitutional courts do not protect liberty, then who will?

A two-judge bench comprising Justice D.Y. Chandrachud and Indira Banerjee noted that if somebody does not like a TV channel then that person should not watch it. I myself prefer to cuddle up with a good book, he added.

Arnab and two others were arrested last week in connection with the suicide of architect Anvay Naik and his mother.

The bench, pulling up the Maharashtra government over Arnab’s arrest, said the victim is entitled to a fair investigation and the investigation should go on, but if the state targets individuals on this basis then let a strong message go out.

Chandrachud told the Maharashtra government counsel, “our democracy is extraordinarily strong. The point is that governments must ignore this…the Chief Justice has said something very significant. He said we expect responsibility on all sides.”

The bench said Arnab must cooperate with the probe, and the release of the accused must not be delayed and asked them to furnish bonds of Rs 50,000. Arnab had moved the top court challenging the Bombay High Court order which turned declined to entertain his plea seeking interim bail and the reopening of the case.

Justice Chandrachud insisted if constitutional courts did not interfere, “We are travelling the path of destruction undeniably”. Senior advocate Harish Salve, representing Arnab, submitted before the court, “Is Arnab Goswami a terrorist? Are there any murder charges on him? Why can’t he be given bail?”

Desai argued that it is important to note the principles of law that are being laid down, as statutory scheme provides for bail to be filed before the sessions court. Justice Chandrachud said: “but to deny liberty due to technical reasons?” Desai replied we are also here to protect the rights of the citizens.

Earlier during the hearing, the bench told the state government to forget the way he screams and yells. “What concerns me is the value ascribed to human liberty”, added Justice Chandrachud.

The Mumbai Police have claimed, Anvay Naik, who designed the sets of Republic TV, had left a suicide note blaming Arnab and two others for dues, which were allegedly not paid to him.

Granting bail, the top court said: “We are of the considered view that the High Court was in error in rejecting the applications for the grant of interim bail. We accordingly order and direct that Arnab Manoranjan Goswami, Feroz Mohammad Shaikh and Neetish Sarda shall be released on interim bail, subject to each of them executing a personal bond in the amount of Rs 50,000 to be executed before the Jail Superintendent.”

17-YO boy electrocuted to death, uncle critical in Odisha’s Sonepur

‘Jewellery shops in Odisha Capital will be monitored for Covid compliance’