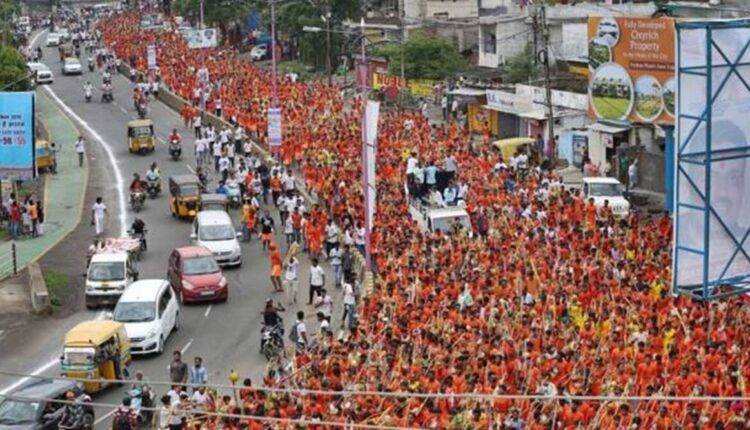 A bench headed by Justice R.F. Nariman issued notice to the Centre and the Yogi Adityanath government and fixed the matter for hearing on Friday.

The top court said that it has read something in the newspaper on Wednesday that Uttar Pradesh has chosen to continue with the Kanwar Yatra while Uttarakhand, with hindsight of experience, had said there will be no yatra.

The bench said: “We wish to know the stand of the respective governments. The citizens of India are completely perplexed. They do not know what is going on.”

The bench emphasized that such decisions were being taken even after Prime Minister Narendra Modi has already said that “we cannot compromise even one bit”.

The bench said it is issuing notices to the concerned state governments and the Centre, because the yatra is scheduled to leave from July 24. “We want them to file an early response so that the matter can be heard on Friday,” added the bench.