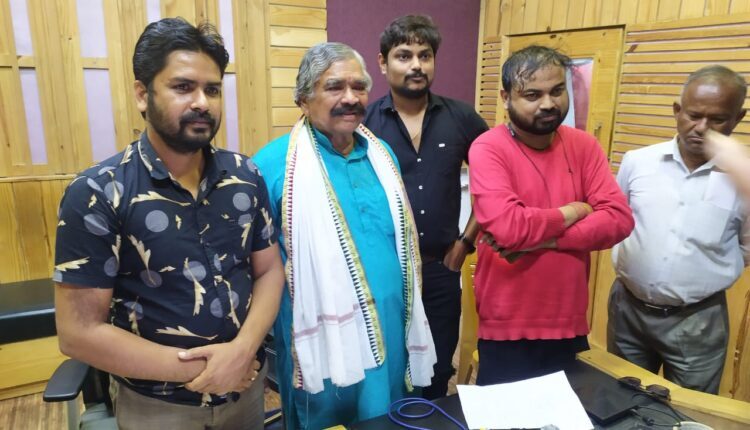 Cuttack: Jatani MLA and veteran Congress leader Suresh Kumar Routray, popularly known as Sura Routray, was today seen in a new avatar  as he rapped for an Odia song at a recording studio in Odisha’s Cuttack city.

Routray, who is known for cornering and attacking the state government with his sarcastic and witty comments, lent his voice for a song titled ‘Rangabati’ at Milan Studio here. The number has been composed by music director Japani.

Produced by Armaan Music, the song has been written by Tapu Nayak and sung by Lopamudra Nayak and Jyotirmayee besides the legislator.

The music director clarified that the ‘Rangabati’ song is no way related to the popular Sambalpuri folk song having the same title.