ODISHA LATEST
By Sambad English Bureau On May 26, 2019 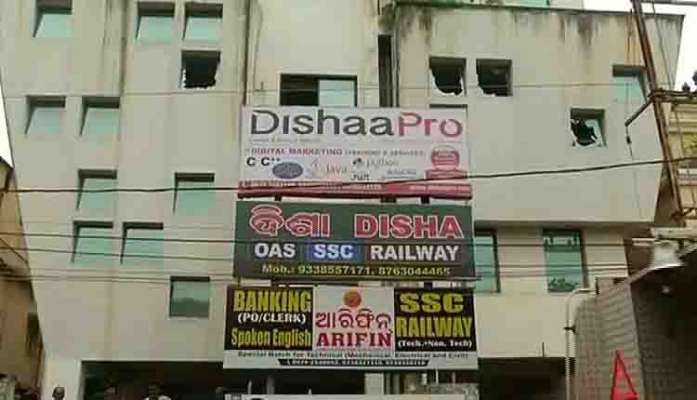 Bhubaneswar:  The Odisha Fire Services Department will conduct surprise raids on various coaching centres in Bhubaneswar to take a good hard look at the state of fire safety in their premises.

The decision was taken after 22 young students were killed in a massive fire that broke out in a coaching centre in Surat on Friday.

Speaking to Odisha Sun Times, Director General of Fire Services, BK Sharma said teams have been formed which will inspect fire safety arrangements at coaching centres in the city in order to avoid Surat-like situation here.

Legal action would be initiated against the owners of the coaching centres if they were found violating rules and risking lives of hundreds of students, Sharma warned.

The Fire Department personnel will check fire safety NOCs, equipment installed in the premises and whether the centre has enough well-trained staff to use it in case of emergency, he added.

Thousands of students from different parts of the state and outside enroll at various coaching centres in Bhubaneswar throughout the year for various competitive exams like banking, railway, among others.

Saheed Nagar, Satya Nagar, Acharya Vihar, Vani Vihar and Nayapalli are some of the areas in the city where most of the coaching centres are located.

Modi government to take oath on May 30