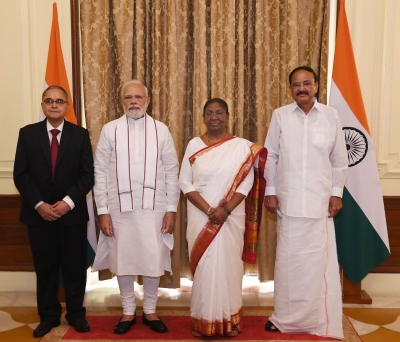 According to a Rashtrapati Bhavan statement, Patel was sworn in as the Central Vigilance Commissioner by President Droupadi Murmu, in a ceremony also attended by Prime Minister Narendra Modi and Vice President M. Venkaiah Naidu.

A former Managing Director and CEO of Andhra Bank, Patel was appointed a Vigilance Commissioner in April 2020.

A three-member selection panel, headed by the Prime Minister, had met in July to decide on the CVC and vigilance commissioners.The other two members of the panel are the Union Home Minister and the Leader of Opposition in Lok Sabha.

The appointment comes a year after the post fell vacant and his appointment as the CVC was cleared by a selection committee headed by the Prime Minister.