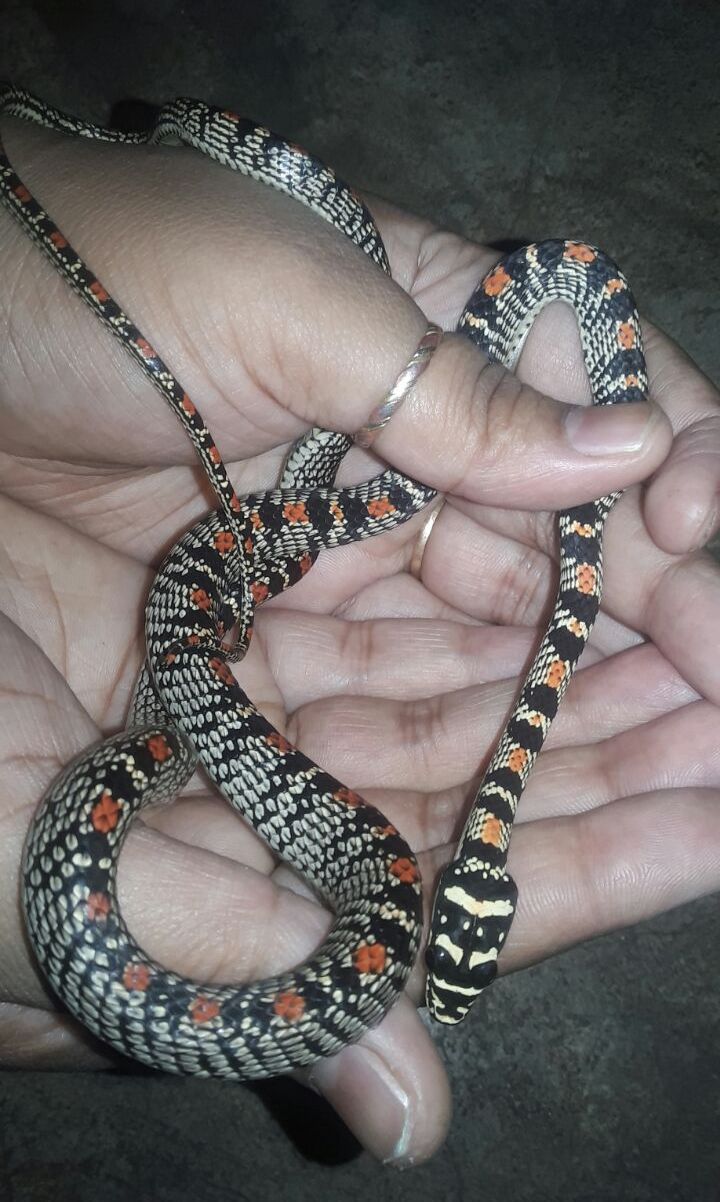 Baripada: A ‘flying snake’ was rescued from district headquarters town of Mayurbhanj in Odisha today.

The rare snake species identified as Ornate Flying Snake (Chrysopelia ornata) are not so abundantly found in India.

“This species of snake is rarely found in India. We spotted the snake capable of gliding for the first time here,” head of animal rescue team from Similipal Tiger Reserve Krushna Chandra Gocchayat said.

At around 2.50 pm, the flying snake was found coiled in a bunch of firewoods stashed at the back of a bicycle. Following this, the animal rescue team was informed about the incident. The three-member team led by Krushna Chandra Gocchayat, including Chandan Kumar Gocchayat, Deepak Kumar Bentakar rescued the rare snake.

The above one-metre venomous snake was handed over to the Forest officials who released the serpent to the wild.

This species is found in South and South East Asia. The red-spotted snake has black crossbars at intervals all over the body giving it an attractive look.

Worth mentioning, Ornate Flying Snake is found in some parts of North Bengal.

Section 144 imposed in Odisha’s Bhadrak ahead of Ram Navami