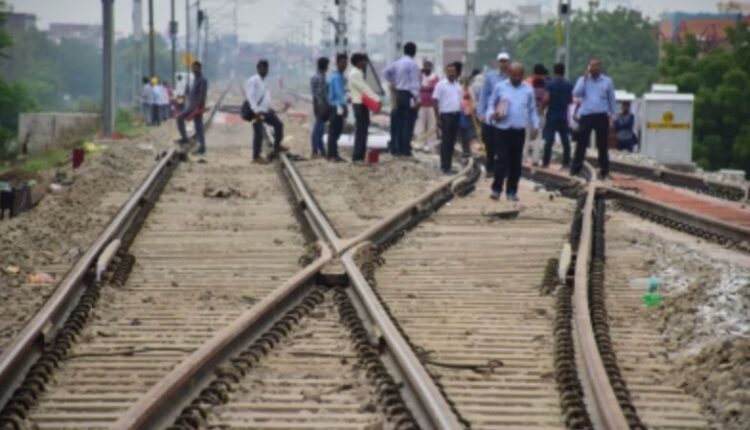 Bhubaneswar: The survey work for the new Malkangiri-Bhadrachalam railway line project in Odisha is likely to be completed by June, officials said on Friday.

During his visit to Malkangiri district, Union Railways Minister Ashwini Vaishnaw on Friday reviewed the progress made on Malkangiri-Bhadrachalam rail line project with railway officials, and public representatives, in Malkangiri.

The 173.416 km long Malkangiri-Bhadrachalam rail line project was sanctioned by the Railway Board in September 2021 with an estimated cost of Rs 2,800 crore. This project will have 213 bridges including 48 major and 165 minor bridges, the officials said.

The estimated cost for conducting survey Rs 307.64 lakh was sanctioned in January, and the contract was awarded in February at a cost of Rs 231 lakh.

After studying various aspects of this project, the alignment has been finalised. The survey works will be completed by June, 2022, they said.

“The Prime Minister is asking us (the ministers) to visit the remote and distant places, which are yet to see the development and see whether the schemes and programmes of the Union government are reaching to such places or not,” Vaishnaw said while addressing a public meeting in Malkangiri.

During his last visit in August 2021, the Minister said there was public demand for development of the railway line from Malkangiri- Bhadrachalam. “Soon after reaching New Delhi, I have started working on the project and the survey work will be completed soon and then after, land acquisition process will be started,” he said.

Previously, these post offices were functioning in rented buildings. Under the Central government short and long term schemes, departmental buildings are being built for post offices and made available to the public.

By ensuring the completion of construction of Malkangiri post office, the minister has fulfilled his promise as made earlier during his last visit to Odisha.