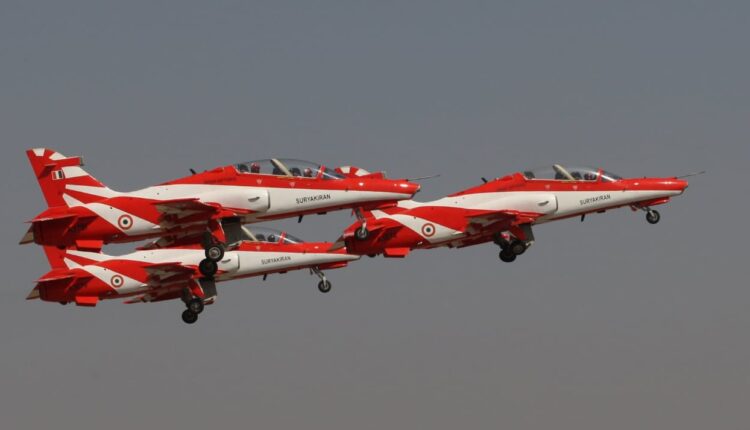 Bhubaneswar: Surya Kiran aerobatics team of Indian Air Force is all set to conduct air shows in Bhubaneswar and Puri this month.

The IAF had conducted an air show over Kathajodi riverbed in Cuttack in 2016 to commemorate the birth centenary celebrations of former Chief Minister Biju Patnaik. Notably, Patnaik was a pilot in the Royal Indian Air Force of the British India.

Surya Kiran and Sarang aerobatics teams and Akash Ganga paratroopers had participated in the air show. Thousands of people, including Chief Minister Naveen Patnaik and then Odisha Governor SC Jamir, had enjoyed the show.