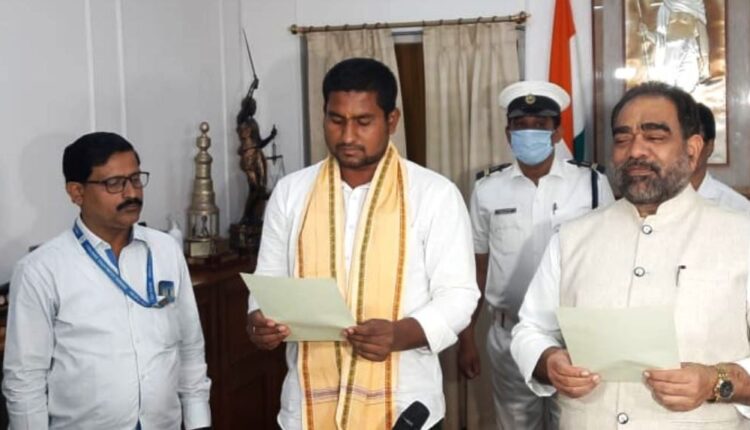 Suryabanshi took blessings of Arukha by touching the latter’s feet.

Jayanarayan Mishra, Leader of Opposition in the Assembly, and several senior BJP leaders were present on the occasion.

Earlier in the day, Suryabanshi went to the BJP State Headquarters in the city, where he was felicitated by party’s State President Samir Mohanty and other leaders.

Suryabanshi had defeated BJD’s Abanti Das by a margin of 9,881 votes in the recently-concluded Dhamnagar bypoll.

The bypoll was necessitated after the demise of MLA and BJP leader Bishnu Charan Sethi. The saffron party had fielded his son Suryabanshi Suraj as its candidate for the election.