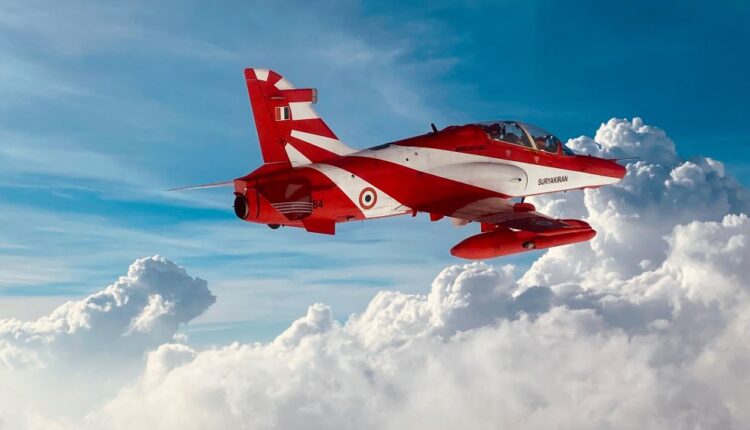 Bhubaneswar: The Suryakiran Aerobatic Team of the Indian Air Force today won the hearts of the people of Odisha capital with a stunning air show over Kuakhai river bank at the Balijatra ground here.

As many as nine Hawk aircrafts buzzed the Bhubaneswar skies with breathtaking formations and mesmerizing maneuvers by the pilots. The air show was a treat to watch for the spectators.

The event was divided into two parts– composite formation and synchro-maneuvering.

Denizens of the city were delighted to watch the aircrafts buzzing the atmosphere as those flew above them. Thousands of people thronged the Balijatra ground to witness the spectacle while others watched it from roofs.

Elaborate security arrangements were made by the Twin City Commissionerate police for the air show.

Similar air show will also be conducted over beach in Puri on September 18.

Notably, the air show is a part of ‘Azaadi Ka Amrit Mahotsav’ celebrations.