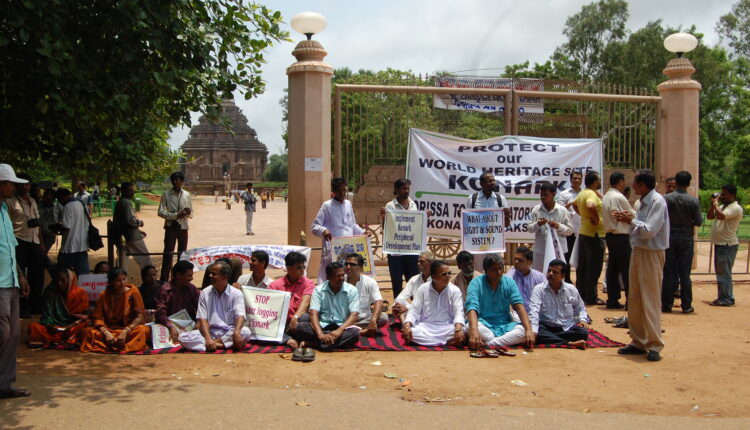 Bhubaneswar: The announcement of the Ministry of New and Renewable Energy (MNRE) for the complete solarisation of Sun Temple and Konark town has made news. The concerned Minister has said the Centre has launched the project to take forward the Prime Minister’s vision to develop the Sun temple town as a ‘Suryanagri’. The 25 Crore project envisages setting up of a 10 MW grid connected solar project with battery storage and solar off-grid applications like solar trees, solar drinking water kiosks. It will be implemented by  OREDA, the Odisha Renewable Energy Development Agency (OREDA).

While the print and social media has gone gaga on the announcement, no thought has been given to the practicality and feasibility of undertaking the project. While solar energy is considered an inexhaustible renewable resource, the way we currently harness that energy has many disadvantages from being unaffordable to inefficient. In some of the solar plants in the USA, it was revealed that the value of the electricity produced was less than the cost of cleaning  and maintaining the  solar panels.

Have the bright sparks at the Ministry taken the geographical location of Konark while making this grandiose but impractical plan? They should know that the place is buffeted by at least half a dozen severe storms every monsoon, besides many more throughout the year. The windblown sand, which exists all year long, will cause scratching of the panels and necessitate periodic replacement. For half the year, salty mist spreads over the entire area in the early and late hours.

And where will they get the land from? There is no land available in and around Konark, both the State Government and the ASI is at loggerheads for the Heritage buffer zone demarcations. There are reserved forests and a sanctuary in the vicinity. No new hotel or resort project has been sanctioned in the last two decades, and this world heritage site still lacks basic infrastructural facilities for tourists and visitors.

It will be more feasible to develop a solar plant in the hinterland and take the required energy from the grid. Setting up Solar trees in this weather prone area is not feasible. Both the Centre and the State Governments should rather focus on the proper conservation and preservation of the crumbling temple. The priorities should be removal of the encroachments in the heritage zone, proper conservation efforts, prevention of water logging, tall trees afforestation, visitor amenities, proper museum and interpretation centre etc. The plan for the development of the buffer zone is still incomplete.

The government had earlier too set up many bio diesel powered generators all over the state, and even made massive Jatropha plantations. Not a single one was successful and all of them are gathering dust. More than Rs 500  crores was spent with no benefit. So much of developing a Suryanagiri!

Strength of India: Her people

Ranking of the Ravenshaw University