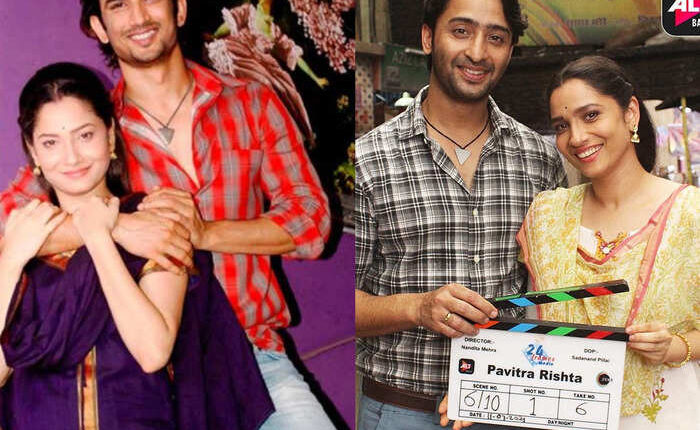 Mumbai: Soon after reports emerged announcing Ankita Lokhande is back to shoot for the new season of the TV show “Pavitra Rishta”, fans of Sushant Singh Rajput have reacted sharply on social media. The news has agitated Sushant’s fans who say they won’t accept any other actor in the role of Manav, a character originally essayed by the late actor. The hashtag #BoycottPavitraRishta2 has been trending on Twitter on Tuesday.

Ankita Lokhande is back on the sets of the show that had made her and her rumoured ex-boyfriend Sushant Singh Rajput a household name 12 years ago. While the actress reprises her role as Archana, actor Shaheer Sheikh has been roped in to play Manav Deshmukh, the character originally played by Sushant and later by Hiten Tejwani.

Sushant’s fans, however, are agitated fans claiming they would not watch the show, which no longer features Sushant as Manav.

“No one can replace this gem. No one has the guts to replace his character or him. He is with us. He is alive in our hearts. We will keep fighting for his honor. OUR MANAV ONLY SUSHANT #BoycottPavitraRishta2,” tweeted a fan of Sushant.

“No one will be able to take Sushant’s place. @itsSSR. Pavitra Rista serial was popular for Sushant, not for any Natunkita. OUR MANAV ONLY SUSHANT#BoycottBullywood #BoycottPavitraRishta2,” tweeted another fan.

“Manav is not a name. It is a emotion of millions…That emotion which directly connects to Sushant. So we can’t accept this Manav 2… Let’s Boycott..OUR MANAV ONLY SUSHANT #BoycottPavitraRishta2,” wrote another fan.

Netizens also commented on Ankita Lokhande’s tweets, trolling the actress for being a part of the second season of the show just a year after her rumoured ex-boyfriend Sushant’s death. Fans also alleged that the makers of the show are cashing in on Sushant’s death for publicity and monetary gain.

“#BoycottPavitraRishta2 OUR MANAV ONLY SUSHANT stop making money on d name of tribute. Plz don’t play wd our emotions. Don’t take advantage on a dead person. If u really respect him thn raise ur voice 4 his justice, not ruining his memories. He needs justice not ur so called tribute,” a fan commented on Ankita Lokhande’s tweet where she has expressed gratitude to Ekta Kapoor for “Pavitra Rishta 2”.

“Lol aren’t you the one, who said there is no Pavitra Rishta without Sushant #fakeanikta,” retorted another user.