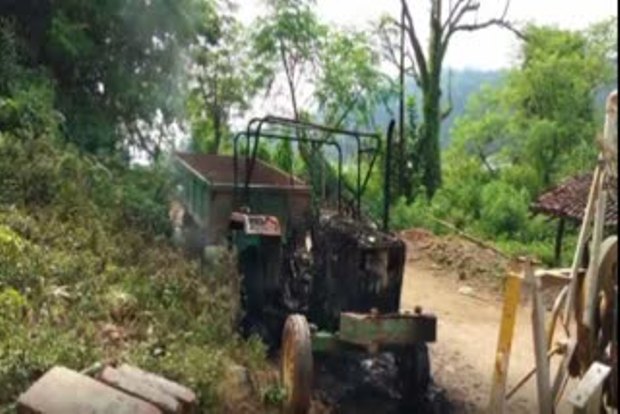 Rourkela: Six suspected armed Maoists have allegedly torched one tractor and JCB machine of a company engaged in road construction in Podahata forest of Jharkhand bordering Rourkela. According to reports, the unidentified miscreants riding two motorcycles visited the road construction company’s camp in Kutipi of Gududi area at around 8 pm on Sunday.

They asked the road construction company staff present at the camp for petrol. Later the miscreants set on fire the two vehicles of the company.

Though there is no clarity on involvement of the red rebels in the incident, some posters opposing the road construction were found from the spot. Jharkhand police have launched investigation into the matter.

Worth mentioning, last year as well, some Maoists had torched several vehicles of the same company.