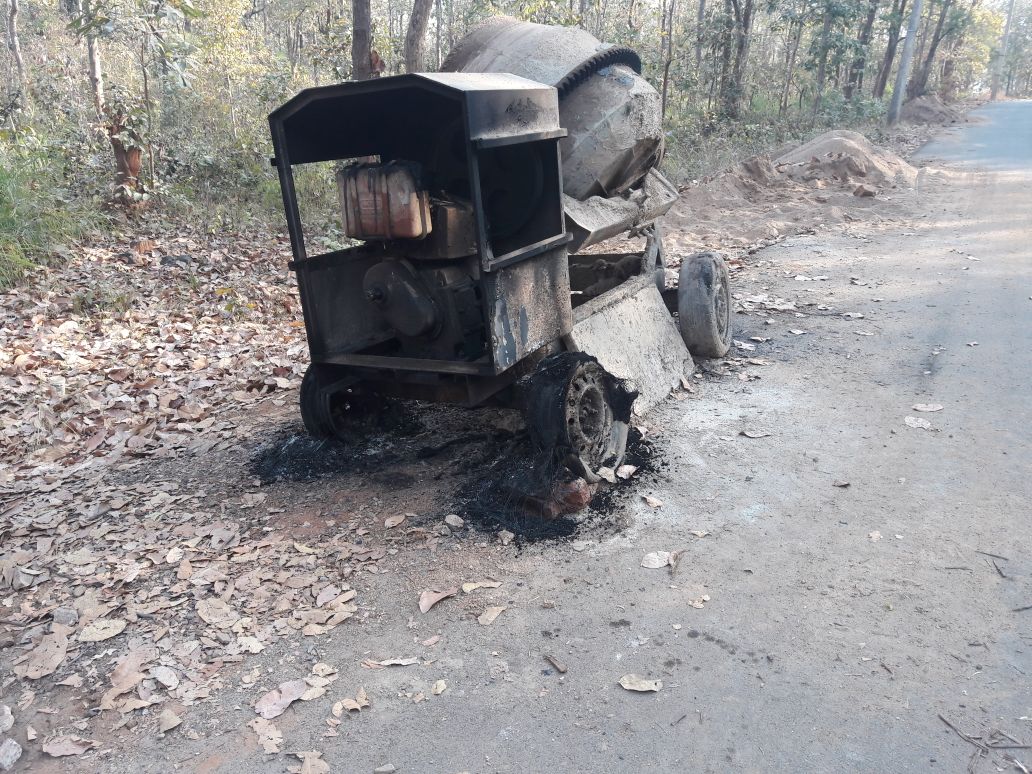 The incident occurred on the auspicious occasion of Holi when entire human society is busy in celebrating the festival of colours.

Police suspected involvement of Maoists behind such incident.

According to reports, the suspected Maoists torched a concrete mixture and water tanker opposing the road construction work carried out by the Road and Housing department in the area. They allegedly kidnapped a labourer engaged in the work, but later released him.

GPS must for all vehicles from April 1 in Odisha