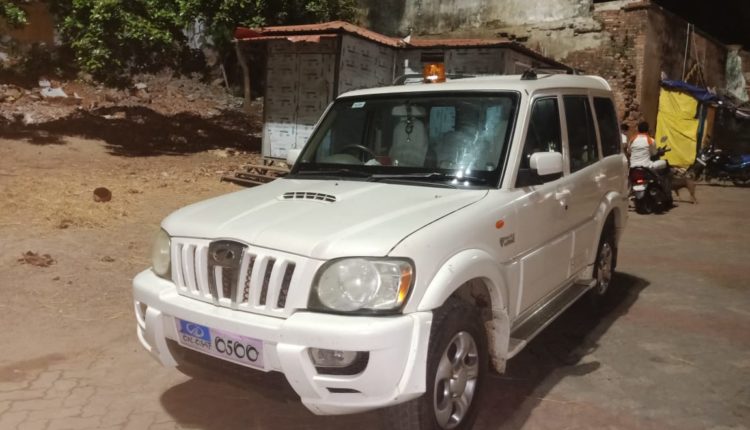 Puri:  In a shocking twist to the incident o f Badchana Police Station IIC Deepak Kumar Jena barging inside Srimandir here, the errant cop had allegedly used a stolen vehicle seized by the police earlier for his visit to Puri yesterday.

The IIC took the vehicle to Puri after installing a red beacon on it, alleged the owner of the vehicle Sushant Dalei. Yesterday, Dalei had lodged a complaint before Jajpur SP and Collector alleging that he is yet to get back his vehicle even after one of the theft.

Dalei said a few miscreants had looted his vehicle from Chandikhole on March 20, following which he registered a case with Badchana police the next day. ” The IIC had promised to hand over the vehicle to me after seizing  it from looters. But I am yet to get it back even though a month has passed since the loot. Hence, I raised the issued before SP and Collector yesterday ,” Dalei alleged.

Meanwhile, DIG Central Rang Ashish Singh said the IIC was not leave; however, he had not informed the district SP about his travel to the pilgrim town.

Earlier today, the DGP placed Jena under suspension for his misconduct after he allegedly barged into Shree Jagannath temple along with his family through the South Gate last evening. A case has been registered against Jena at the Singhadwara police station and further investigation is underway.