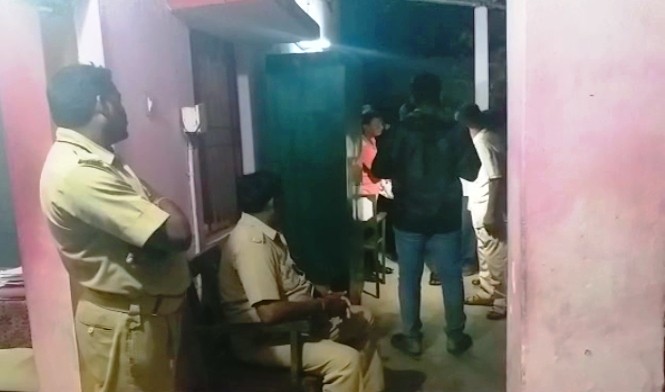 Konark: Suspicion of infidelity ruined a family of Raiberuan village under Astaranga police limits in Puri district after a man brutally killed his wife late last night. What is more shocking is that the accused beheaded his wife after killing her and surrendered before police with the severed head.

Meanwhile, police have arrested the accused Ganesh Behera and are interrogating him in this connection.

Man stones wife to death on suspicion of extramarital affair…

As per reports, Ganesh was working in a private company in Chennai and had come to his house for a vacation. Suspecting his wife of having extramarital affair, Ganesh used to fight with her frequently. At around 11 PM yesterday, the couple had a heated argument over the issue. In a fit of rage, Ganesh attacked his wife Arnapurna with a sharp weapon before beheading her.

After committing the crime, the accused put the severed head in a bag and peddled eight km to Astaranga police station to confess. The cops later seized the body and began an investigation into the incident.

However, police officials could not be contacted to comment on the incident.