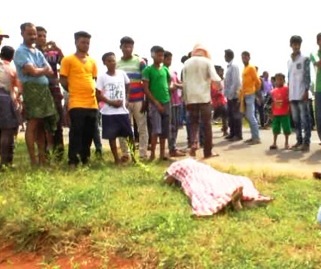 In a tragic incident, a student died after he was hit by a speeding SUV near Gandharla village under Titlagarh police limits in Odisha’s Balangir district today.

The deceased was identified as Dilu Bishi.

According to reports, the SUV, which was on the way to Sindhokola from Titlagarh, hit two school students near Gandharla village this morning. While Dilu died on the spot, another student identified as Laxman Bishi sustained grievous injuries and was admitted to a local hospital for treatment.

Tension gripped the spot following the incident as irate locals blocked Sindhokola-Titlagarh road by burning tyres demanding compensation for the family of the deceased and the victim.