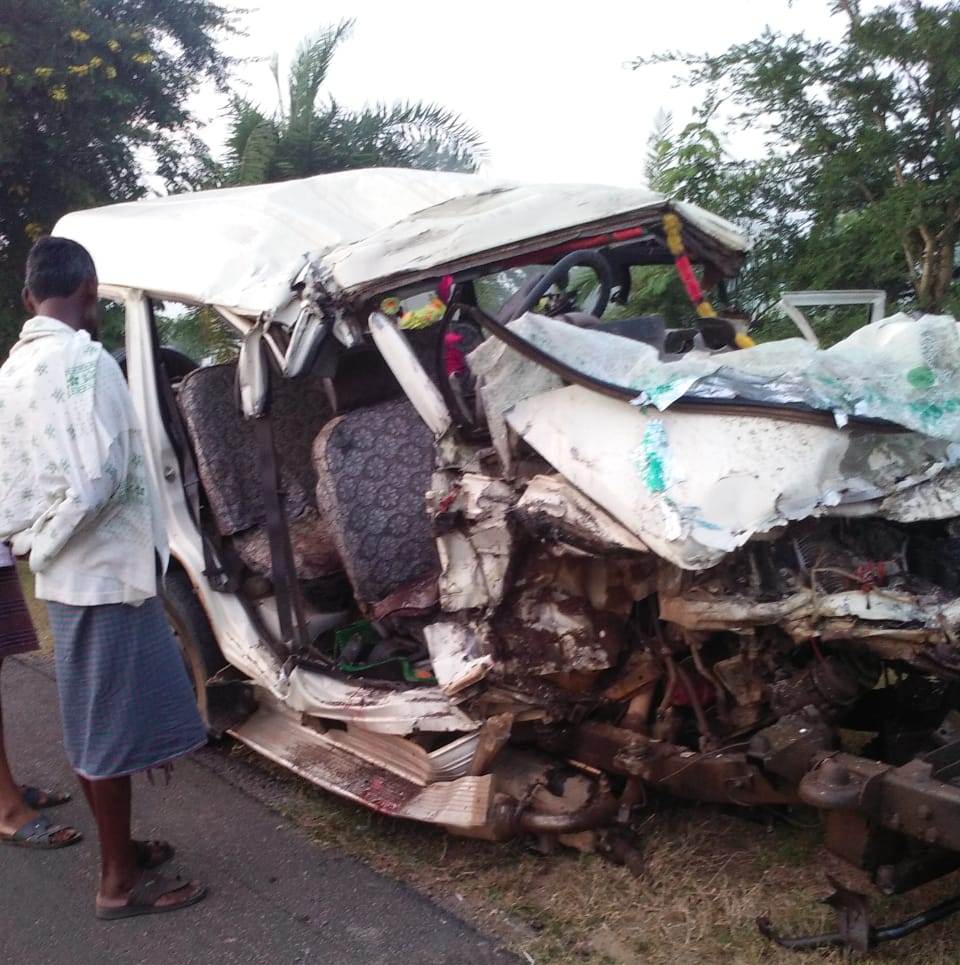 Nuapada: In a tragic incident, as many as 10 persons, including four women, lost their lives after an SUV in which they were travelling collided head-on with a truck on NH-35 near Silada in Odisha’s Nuapada district late last night.

The road mishap took place around 2 am when a group of ten artists hailing from Chhattisgarh were returning from Komna in the district after performing Bhajan at Vaishno Devi temple on the occasion of Durga Puja.

The ill-fated car and a speeding truck collided head-on leaving all the ten persons dead on the spot. The impact of the accident was so severe that the SUV got severely mangled. The driver of the truck fled the spot after the incident.

On being informed, police and Fire personnel reached the spot and recovered the bodies from the damaged vehicle. The bodies were sent to the Nuapada district headquarters hospital for post mortem.