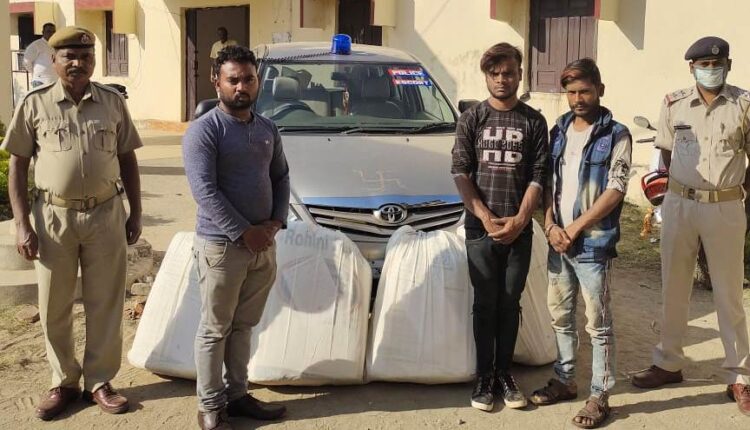 Malkangiri: Drug peddlers opted an unusual way for transporting ganja as they used an SUV with ‘Police Escort’ sticker on the windshield and a blue beacon on the top of the vehicle to smuggle ganja in Balimela area of Odisha’s Malkangiri district.

Police have arrested three persons of Bihar in this connection. The accused have been identified as Raju Khalifa (24), Rajeev Kumar (26), and Ashok Kumar (26).

According to reports, police had on January 8 night intercepted the SUV near Nakamamudi Chhak. Some of the occupants of the vehicle alighted and fled the spot while cops questioned the three accused who were present inside the SUV.

Later, ganja packed in four sacks weighing around one quintal was seized from the vehicle. The contraband was being smuggled from Chitrakonda to Bihar, police said.