Swachh Survekshan 2021: Rourkela becomes Odisha’s only city to get One Star Rating 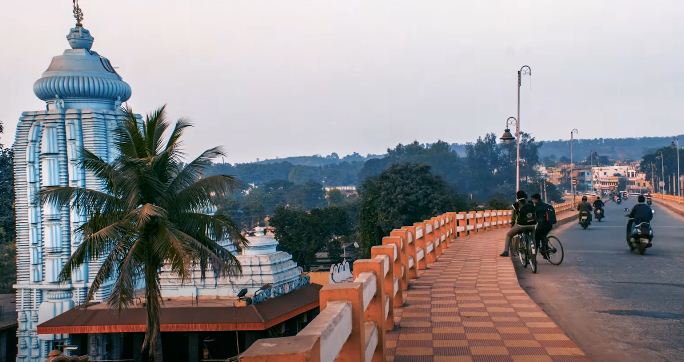 Bhubaneswar: Steel City Rourkela became the only city of Odisha to get One Star Rating in the Swachh Survekshan 2021, the results of which were announced yesterday.

Rourkela has been placed at the 57th rank among 372 cities of India with population of 1-10 lakh in the Garbage Free City category.

“With the cooperation of citizens, we pledge to take urban sanitation to higher standard in the coming days,” said Rourkela Municipal Corporation.

Rourkela is the only city in Odisha to achieve this honour of One Star Rating under Garbage Free City Category at Swachh Survekshan 2021. With the cooperation of citizens, we pledge to take urban sanitation to higher standard in the coming days.

This apart, Sundargarh has been adjudged as the Best District in Odisha in the Swachh Survekshan 2021 for Urban Sanitation Management.

A total of 659 districts from 13 states had participated in this national level programme.

For the fifth consecutive year, Indore was awarded the title of India’s Cleanest City under Swachh Survekshan, while Surat and Vijayawada bagged the second and third spots respectively in the ‘more than 1 lakh population’ category. In the population category of ‘less than 1 lakh’, Vita, Lonavala and Sasvad, all from Maharashtra, bagged the first, second and third positions respectively. Varanasi emerged as the ‘Best Ganga Town’ while Ahmedabad Cantonment won the title of ‘India’s Cleanest Cantonment’, followed by Meerut Cantonment and Delhi Cantonment. In the category of ‘Fastest Mover’, Hoshangabad (Madhya Pradesh) emerged as the ‘Fastest Mover City’ (in the ‘more than 1 lakh population’ category) with a jump of 274 ranks from 361st position in the 2020 rankings to the 87th position this year, thus securing a place among the top 100 cities.

Why Hyderabad is the favourite for many to work and live?