ODISHA LATEST
By Sambad English Bureau On May 18, 2021 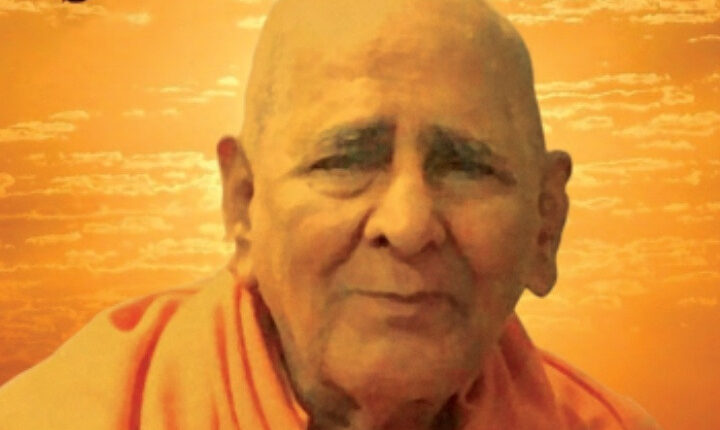 Bhubaneswar: Swami Chetanananda Saraswati (Prof Dr Chakrapani Misra) was a poor brahmin born in the village of Digapahandi, Ganjam district, Odisha. The teachings of Srimad Swami Nigamananda Paramahamsa (referred to as Parama Guru or
the Supreme Master) deeply influenced him as a lad.

In his youth, Srimad Swami Vishuddhananda Saraswati (who was initiated by Param Guru and referred to as Guru Baba) initiated him into sanyas (the Hindu order of monks). His journey from Chakrapani to Swami Chetanananda Saraswati has been a long and arduous one.

He pursued a Science education and earned his Ph.D. under the guidance of Prof Donald R Neilsen, a scientist of international renown, at the University of California at Davis in the USA.

A modern western Science education, the responsibility of a large family with many children, his duty towards a rigorous career in academics, including research and guidance of Ph.D. students, were part of his commitment to a deep passion for spiritual enlightenment. His work, as directed and desired by Guru Baba, has involved maintaining and expanding a network of spiritual and educational institutions in Bengal, Odisha, and Andhra Pradesh. Currently known as Sarvadhyaksha of BN Trust, Sri Sri Nigamananda Ashram, Bhubaneswar, Chetanananda Swami has been guiding many spiritual seekers all over India and abroad, in both Sanyasashram and Grihasthashram.

He attained mahasamadhi early morning at Brahma Muhurt on the 18th of May 2021, Baisakha Shukla Shasthi.