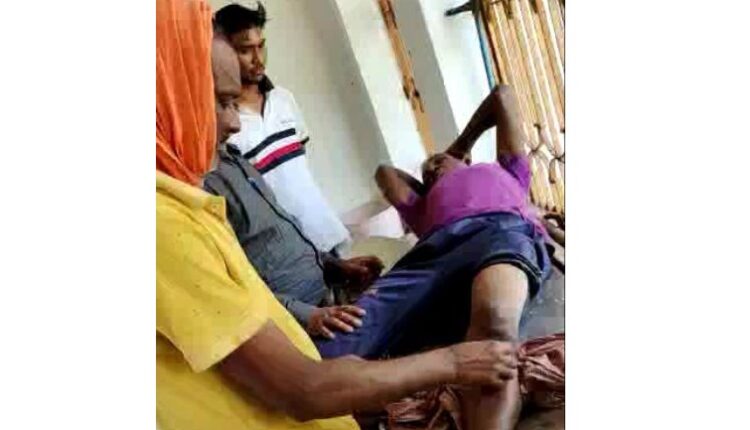 Angul: In a shocking incident, a sweeper was found stitching wound of a patient at a government hospital in Odisha’s Angul district. A video showing the incident went viral on social media.

One Arjun Behera engaged in the construction work of a bridge in Satkosia area sustained injuries when an iron rod pierced through his leg. Following the mishap, Arjun was rushed to the nearby Purunakote hospital.

As doctors or paramedical staff were not available at the Purunakote Hospital, the sweeper carried out treatment of the injured labourer. Holding a needle and thread the sweeper put a stitch on the wounds of the injured after cleaning it.

The medical negligence at the Purunakote hospital has raised concerns among many about health services in rural and remote areas of the State.