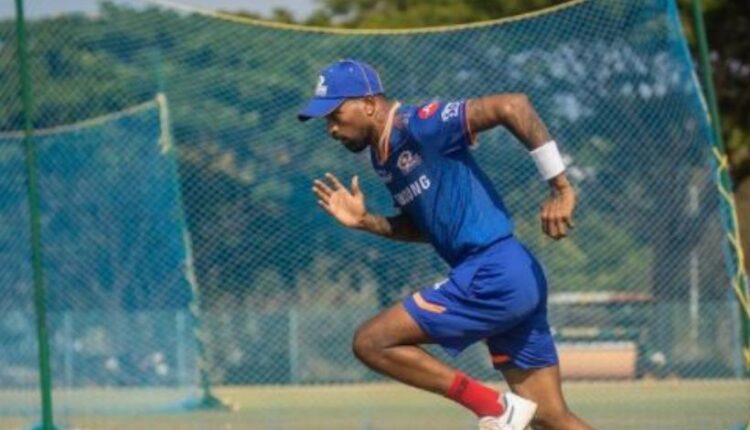 New Delhi: The ICC T20 World Cup will begin in the UAE and Oman next month and India is being dubbed as a strong contender by cricket experts. However, before the start of the mega event, a major concern has arisen as doubts are being raised over all-rounder Hardik Pandya’s fitness.

India have already named their squad for the T20 World Cup, which begins on October 17. While announcing the squad, chairman of selectors Chetan Sharma had said Pandya was fully fit and he would be able to bowl his quota of overs at the World Cup.

However, the 27-year-old didn’t play the first two matches for Mumbai Indians in the UAE, before making a comeback in Sunday’s match against Royal Challengers Bangalore. But he didn’t bowl, leading to questions over his fitness.

Even former India cricketer Saba Karim had said, “If he was carrying an injury, why was he selected?”

Reports are doing the rounds the all-rounder might be ‘dropped’ from the India squad and replaced by a couple of other options because of his fitness issues.

According to ‘cricketaddictor’, teams have time till October 10 to change their squads. “So, if Hardik is incapable of providing four overs for the skipper, the management is likely to bring in Shardul Thakur or Shreyas Iyer. Both of them are included in India’s reserves and might get a bump up depending on how Hardik progresses in the remainder of the IPL 2021,” it said.

Meanwhile, sources told IANS that it will be difficult to do so (dropping him) but his fitness is getting monitored and the BCCI would not want to take any chance.

“Selectors are keeping an eye on the IPL. Players’ form and fitness is under the scanner. The players who are struggling in the IPL like Ishan Kishan, and Rohit Sharma also didn’t play the first match…the BCCI is keeping a close watch. They are also monitoring the workload of the Indian pacers in the IPL. They must get adequate rest before the World Cup. IPL teams are ready to cooperate on resting some of the fast bowlers,” sources said.

Ever since his back surgery, Hardik has been given the freedom to choose which match he wants to bowl in. The underlying reason is usually that his workload needs to be managed. However, he is unfit to make the playing XI most of the time and it has also affected his performance.

[Watch] Waqar Younis apologises for ‘namaz in front of Hindus’…