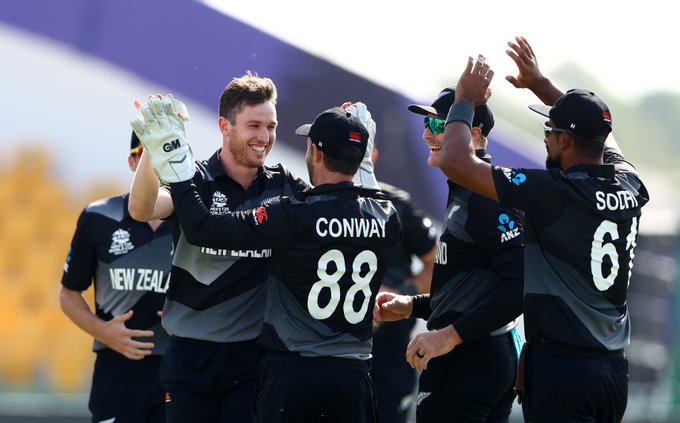 Bhubaneswar: As New Zealand defeated Afghanistan by eight wickets in the last Super 12 stage match of the ongoing ICC Men’s T20 World Cup at the Sheikh Zayed Stadium in Abu Dhabi, India’s chance to play the semis has been diminished.

The Virat Kohli-led Team India has one more game left in the tournament against Namibia on Monday, but that will be inconsequential.

Riding on a fighting fifty by Najibullah Zadran (73 off 48), Afghanistan posted a respectable 124/8 in 20 overs.

While Zadran was the lone warrior for Afghanistan, Gulbadin Naib (15) and Mohammad Nabi (14) also chipped in with cameos while Trent Boult 3-17 and Tim Southee 2-24 were the main wicket-takers for the Black Caps.

In reply, all four New Zealand batters – Martin Guptill (28), Daryl Mitchell (17), Kane Williamson (40 not out), Devon Conway (36 not out) made small but vital contributions and helped their side chase the target quite comfortably in 18.1 overs with eight wickets in hand.