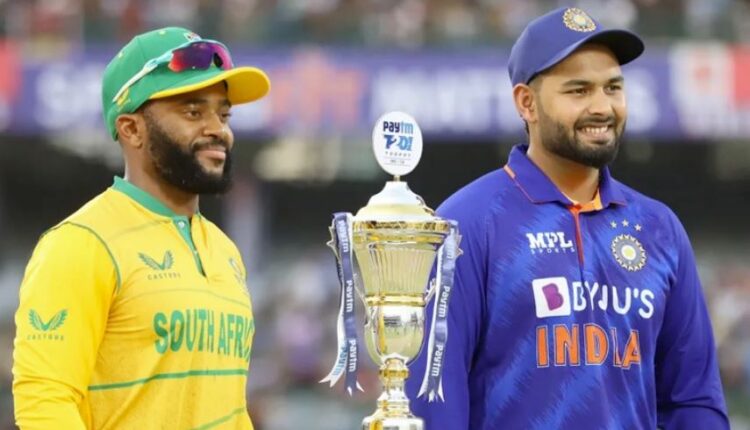 Cuttack: After a crushing seven-wicket loss in the first T20I, an experimental Indian team will look to improve their performance and make a comeback against a well-settled South Africa in the second game of the five-match series, here on Sunday.

The Rishabh Pant-led India are playing the ongoing series against Proteas without their key players — Rohit Sharma, Virat Kohli, KL Rahul, Jasprith Bumrah, Suryakumar Yadav, Ravindra Jadeja and Kuldeep Yadav — due to rest and injury issues. Their absence can make the host’s comeback job a bit more difficult, but they are still a good side, which has a good mix of youth and experience.

Most of the batters did well as India posted their highest T20I score against South Africa in the first game. So, host’s can’t ask for more from their batters, but their bowlers were hammered to all parts of the Arun Jaitley stadium on Thursday night and hosts would want a better show from them.

The likes of Bhuvneshwar Kumar, Harshal Patel, Hardik Pandya, and Axar Patel were taken to the cleaners by the Proteas batters. Skipper Pant will also have to use his bowling resources well as many experts were not happy with his decision to not bowl Yuzvendra Chahal during crucial middle overs in the previous game.

It will be also interesting to see whether India will bring in Umran Malik or Arshdeep Singh or will go in with an unchanged XI.

On the other hand, South Africa are looking like a well-settled unit and many players in their squad are having an advantage of playing in IPL 2022. There can’t be much criticism of South Africa’s batting after the first match but the contributions of Temba Bavuma could soon come under scrutiny, especially with so many top-order options in the squad.

Bavuma has only played 22 T20Is, 14 of them as captain, and his strike rate is not good. Overall, it’s 123.13, the third lowest for any South African with more than 500 runs in the format. Since taking over the leadership, it has dipped to 114.91. He has Quinton de Kock at the other end, so Bavuma can play a stabilising role but South Africa need more explosive starts.

The likes of David Miller and Rassie van der Dussen showed their hitting ability in the first ODI and they will look to repeat their heroics. The visitors also have many all-round options, which are vital in T20 format.

However, Aiden Markram, who missed the first match after testing positive for Covid-19, will still be unavailable for them. Markram has remained in Delhi and will need quarantine for seven days from June 8, which rules him out of at least the first three games.

After their success in the first match, Proteas may not want to tinker with their combination. If conditions favour seamers, they may consider benching Keshav Maharaj for one of Lungi Ngidi or Marco Jansen.