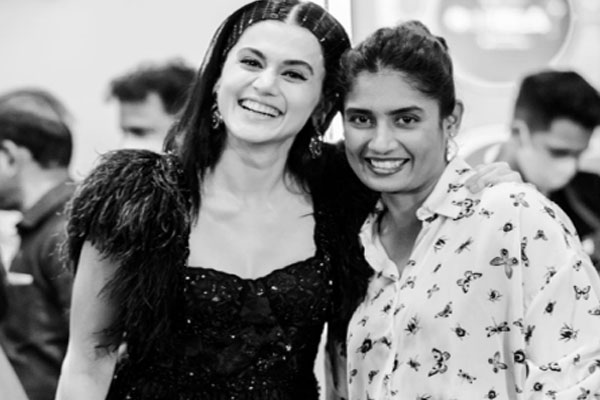 Share
Mumbai: As veteran India batter Mithali Raj announced her retirement from cricket, actress Taapsee Pannu, who is all set to play the renowned cricketer in the upcoming film ‘Shabaash Mithu’, has penned a heartwarming note.

In another post, the actress added: “-The only Indian cricketer to score 7 consecutive 50s in ODI. -23 years from hustle to glory. Some personalities and their achievements are gender agnostic. You changed the game, now it’s our turn to to change the perspective! Etched in history OUR CAPTAIN forever @M_Raj03.”

‘Shabaash Mithu’ is set land in theatres on July 15. The film, directed by Srijit Mukherji and written by Priya Aven, is based on the life of Mithali Dorai Raj, the celebrated skipper of the Indian women’s cricket team.

In a career spanning 23 years, Mithali boasts of 7 consecutive 50s in ODIs and has led India in 4 World Cups. The story tracks her journey from being an 8-year-old girl with a dream to becoming a cricketing legend.