Tahir Raj Bhasin: Getting six packs all about commitment, consistency 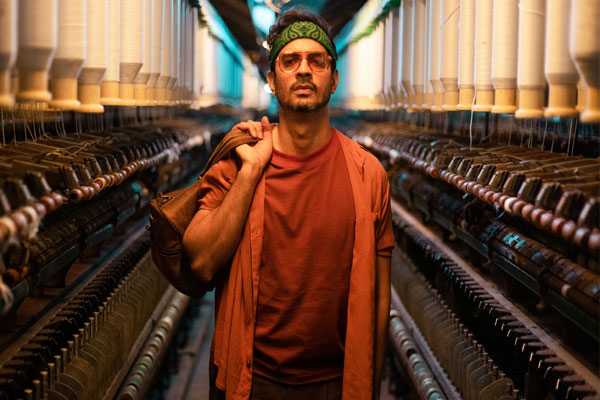 Mumbai:  Tahir Raj Bhasin joins the Bollywood six-pack club with his role in the upcoming film, Looop Lapeta. He will be seen flaunting a hunky frame as a romantic hero opposite Taapsee Pannu, and he says the challenge to get a six-pack was all about commitment and consistency.

“The body type has everything to do with my character Satya’s background. He has to be the guy you’ll notice if he walks into the room. A lot of his character traits — like laidback irreverence and wit — lie in the performance and script, but there’s a lot in the physical structure that needs to supplement this,” Tahir said.

He added: “We filmed in Goa and Satya spends time in the outdoors, so we knew his physicality had to be portrayed. That’s why what you see at first glance is the quintessential romantic hero.”

Talking about his training regime, he said: “The trick and challenge to get abs is commitment and consistency. Luckily, the lockdown proved instrumental in focusing diet towards this. I’ve worked out rigorously for three months to make sure a fixed amount of exercise goes in every week and also controlled the protein to carbohydrate ratio.”

“There was a training routine that included bodyweight and cardio. These were challenging to manage because we were doing this alongside full shoot days but it also thoroughly enjoyable because it got me closer to Satya’s vibe in the film,” he said.

Tahir wanted to present himself in an all-new avatar in the film.

“Aakash (Bhatia), our director, didn’t want me to be absolutely gym-ripped but my character Satya is from Goa. As someone who possibly lazes on the beach, he could have the vibe of a guy who plays beach volleyball or football in his spare time. This was carefully translated into a workout routine that shows his chilled-out yet sporty beach boy vibe,” he said.