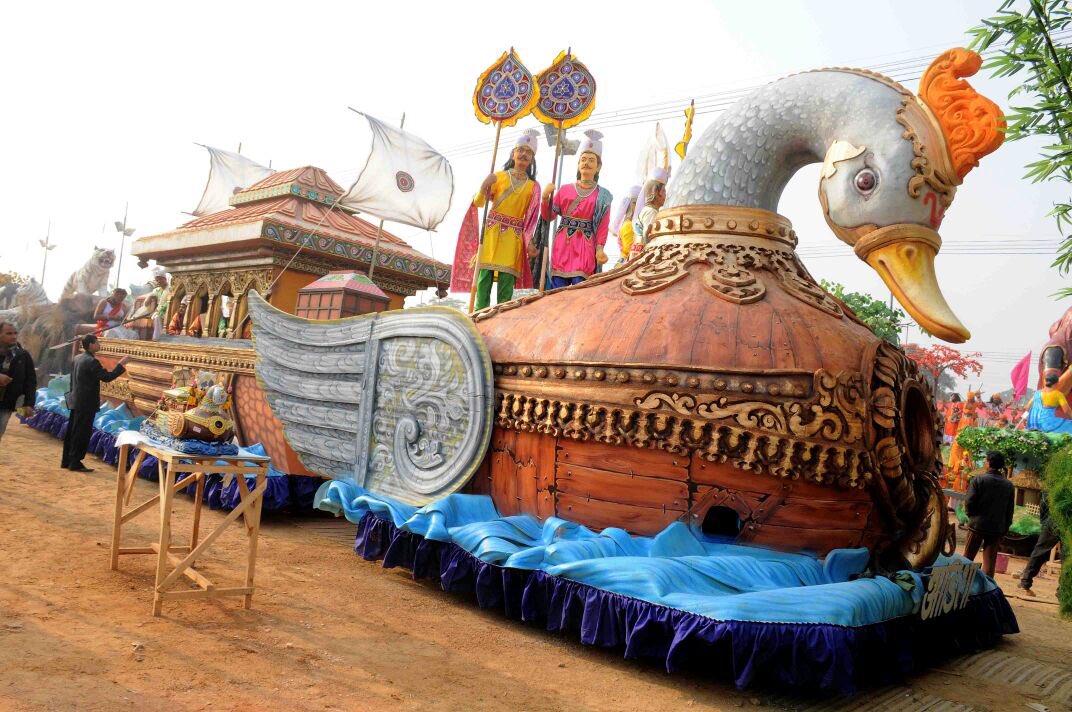 Odisha will showcase the rich Dola Yatra of the state during the 68th Republic Day parade on Rajpath at the national capital this year.

The tableau has already been designed portraying the rituals and traditions related to the famous Dola Yatra celebrated during Holi festival on Falguna Dashami before full moon day between February-March.

The tableau will depict the union of Goddess Radha and Lord Krishna. Dola Yatra is celebrated with great fervor for six days in the state worshiping mythological love couple Lord Krishna and Radha.

Devotees make rounds of the villages shouldering the Dola Bimana, a small wooden temple,  playing colours with goddess Radha and Lord Krishna swinging in the Bimana.

Notably, a 16-member selection committee of the Ministry of Defence had approved Odisha’s proposal which has been sponsored by the State I&PR department.

The design of the tableau is prepared by a team of artisans namely Gajendra Sahu, Chhatrapati Biswal and Baladeba Maharatha of Bibhuti Kanungo College of Arts and Crafts, Bhubaneswar in association with Pradyumna Dash, senior designer of State I&PR department.

Odisha’s tableau at the full dress rehearsal for the…