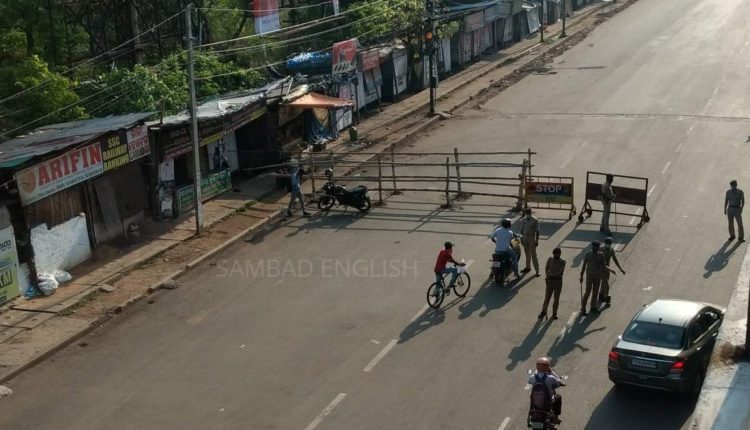 Bhubaneswar: Concerned that irresponsible behaviour of 10 percent of the people during the lockdown period could cause danger to the lives of the remaining 90 percent of citizens, Odisha DGP Abhay on Monday asked the police to take stern action against the violators.

He also asked the police not to misbehave with anyone.

Since nationwide lockdown was imposed, the Odisha police registered cases against 61 people for violating home quarantine norms, while 1,500 cases were registered for not following the lockdown guidelines, the Director General of Police (DGP) of Odisha, Abhay, said.

“We do not want to take action against people, but some people do not understand the gravity of the situation and behave irresponsibly, the DGP said.

Claiming that the police has so far not resorted to lathi-charge anywhere in the state, the DGP said, We do not want to punish anyone one. We have asked the police force to take stern action against the violators.”

“We have also asked them to be polite with the violators, the DGP said.

The police is being forced to take action against some violators to protect the lives of the people who abide by the law, he said.

“In the process, the life of violators is also protected, the DGP said.

He said that the Odisha Police has completely ensured that the movement of essential goods is not affected anywhere across the state.

There is no shortage of food items such as rice, dal, vegetables, milk and other essential items during the lockdown period, he said.

He also urged the people to remain at home and stay safe.

The police has seized more than 250 motorbikes from Bhubaneswar and Cuttack during the lockdown.

“No leniency will be tolerated in the fight against COVID-19. People are requested not to venture outside during the lockdown period risking their lives and of family members, the Bhubaneswar-Cuttack Police Commissionerate tweeted.

Commissioner of Police S Sarangi said the people are being requested to shop vegetables and other essentials near their houses instead of riding a bike to the main market and thus crowding the place.

Meanwhile, a report from Bolangir district said that two constables were suspended there for making people kneel on the road after they violated the lockdown guidelines.

A report from Baliguda in Kandhamal district said that the police registered cases against three persons under various sections of the IPC and arrested them for opening a tea stall and a hotel by violating the lockdown guidelines.

The chief minister has directed the police to take stern action against the violators as their irresponsible behaviour may cause threat for the life of others as well as theirs, Odisha government’s chief Covid-19 spokesperson Subroto Bagchi said.

Bagchi said it has been observed during one week that 90 per cent of the people remained at home and abided by the lockdown guideline, but the remaining 10 per cent did not take the matter seriously.

More than 84,000 migrant workers returned to the state in the last couple days, while above 4,000 people have returned from foreign countries, an official said.

All of them have been quarantined, the official said, adding that some of them roam around without understanding the consequences ahead.