Tales of mountain ranges in Odisha that dwarf mankind 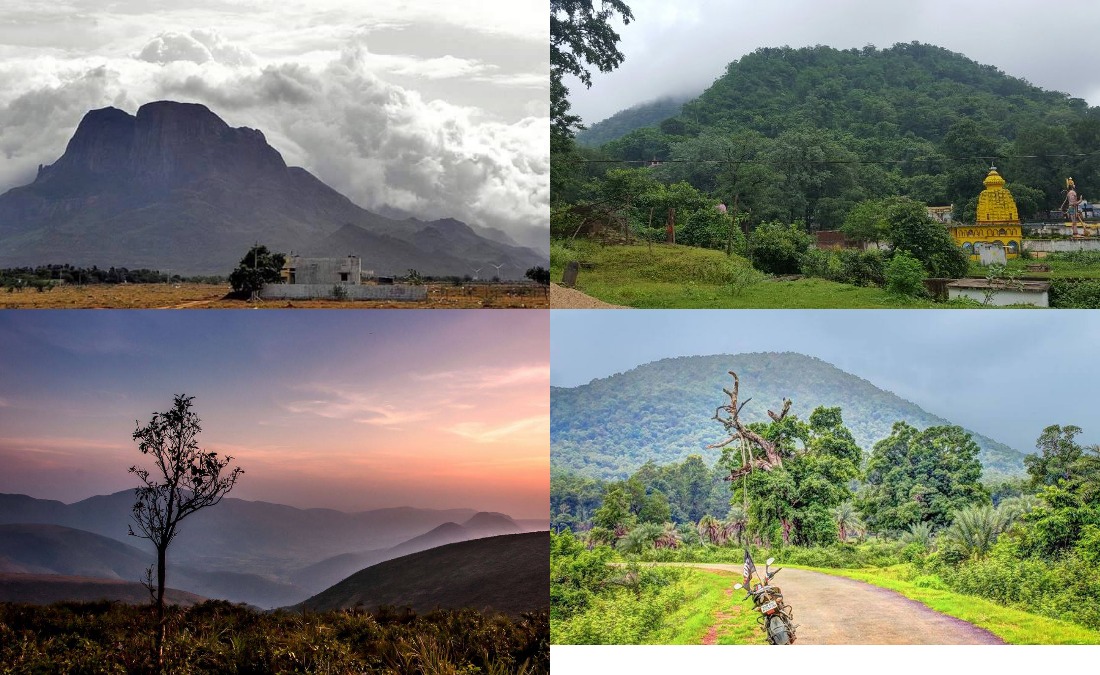 Bhubaneswar: Of all the scenic beauty Odisha boasts of, mountains shall always top the list. Three-fourth of Odisha is covered with the mountainous region with mesmerizing sights! The Eastern Ghats comprise the major mountain peaks in Odisha, which also control the climatic conditions of the state.

What saddens though, is the fact that mountains are losing their souls. Over the years a lot has changed in the regions ruled by mountains. A retired forest officer, Nadiya Chand Kanungo, with a disappointing tone said, “Human interference, encroachment, grazing, forest fire, timber smuggling, all of these have led to a tremendous decline in the flora and fauna of these regions. Besides, the destruction of forests are the main reasons why there’s climate change in Odisha. In days that I worked, the environment here wasn’t so harsh.” He further said that protecting these regions and conservation of bio-diversity here can still make a huge difference. There’s still so much more left for us to preserve.

Here are some of the major pinnacles in our state:

Devagiri hills– Rising up to about 394 ft, this hill with a rectangular platform on top, is one of the most sacred mountains with Asta Linga and Panchamukhi Shiva Linga atop. The jaw shaped cave on this single rock stone hill is an eye-catching sight you’re sure to love.

Mahendragiri hills– Also known as the Southern Amarnath of Odisha, Mahendragiri hills is a subrange of the Eastern Ghats in the Gajapati district, with about 600 different varieties of flowers, medicinal plants and animals like deer and leopard giving a breathtaking view! It is a popular destination during Shivratri for people in Odisha. With an elevation of 4925 ft, these hills make it a perfect destination for trekkers.

Deomali hills– Odisha’s highest mountain range with an elevation of about 1672 meters from sea level, Deomali hills close to the Doodhari village in Koraput, is a paradise in Odisha. Rare varieties of orchid, that act as bio-indicators of a biological system, along with rare medicinal plants, are spotted here. With a rich, deep, and a spectacular environment, Deomali hills are one of the most adventurous places for mountaineers in Odisha. Different tribal communities can also be seen dwelling here.

Niyamgiri hills– With pristine forest in its interiors, Niyamgiri hills is an abode of Dongria Kondhs, one of the tribal communities in Odisha. Famous for the protests by the tribal group against bauxite mining by Vedanta Alumina Limited, and winning them, these hills are a place to spend some time off from the city hustle.

Gandhamardhan hills– Located in between Balangir and Bargarh, Gandhamardhan hill is a source of two major tributaries of Mahanadi. Well known for the medicinal plants and bauxite found here, it is a place where you can spend some time in solitude. Gandhamardhan also has a lot of historical and mythological stories to it. Nrusinghanath temple and Harishankar temple are a must visit here.

Deuli hill– Famous for its five rock-cut Buddhist chambers belonging to ancient times, these are located at the conflux of Kimiria and Brahmani rivers in Khurda. There are inscriptions on walls stating various kings who got the caves here excavated and are testaments of the spread of Buddhism in the 3rd century BC.

Malaygiri hills– Third highest peak of Odisha, standing with pride at a height of 1187 meters, Malaygiri is a subrange of the Garhjat range. Located near Keonjhar, this iconic hill is also the origin of the graceful Khuludi waterfall.

Dhaulagiri– When noting down the pinnacles in Odisha, Dhaulagiri cannot be missed. Beside the river Daya, it is a historic site presumed to be the area where Kalinga war took place. Edicts of Ashoka can be found engraved on the rocks at the Shanti Stupa here.

Daringbadi– Widely known as the ‘Kashmir’ of Odisha and a hill station of the state, Daringbadi is another spot for trek lovers. These hill in Kandhamal has pine jungles, coffee garden, and thick rainforests sheltering wild animals. It also is the birthplace of Rushikulya river and waterfalls that are sure to make you fall in love with it.

Kapilash mountain range– Around 2239 ft above sea level, these mountain ranges, though small, have an inexplicable charm to them. The Kapilash temple here, also known as Chandrashekhar temple, is said to have been built by Narasinghadeva-I of the Ganga dynasty. This glorious mountain range is in the northeastern part of Dhenkanal.

All of these beautiful ranges we see today were a lot more green and serene a few years ago. Trekkers have realized how the number of trees has slowly been declining. “I remember going to Deomali for trekking in 2007 and I visited it last month again- there is a huge difference. Forests there aren’t as deep anymore and it saddens me because as a mountaineer, I look for adventure which seems to have gone with the trees,” said Ganesh Jena, a mountaineer who has been into trekking since 1994.

It’s time for us to understand how important maintaining the ecological balance is. Tampered forest and wildlife in mountain regions have their effects and it’s evident in the way climate has been changing.