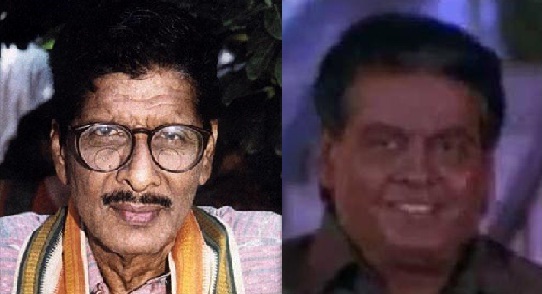 There is a very very popular Odia song by the brilliant singer Akshaya Mohanty, on election campaign. It tells the story of an old couple who had no answers when asked by a group of young children ‘who they are going to vote for’. At the end, the old lady gives a very sweet answer to her husband- ‘Tame mate dia vote, mu tamaku debi vote (you vote for me, dear and I’ll vote for you)’. That’s a typical Akshaya Mohanty number, a unique composition reverberating with sweet sarcasm on the contemporary electoral scenario.

Akshaya Mohanty, one of the greatest multi talented personalities that Odisha has produced, was a lyricist, singer, music director and writer who touched the pinnacle of popularity in his time. Anything that he wrote, sang or composed was a great hit. It may sound a little strange, but he had also tried his luck on the electoral politics in Odisha. He contested 1971 Lok Sabha elections from Katak as an Independent.

At the same time, another very very popular face of Odia cinema, Dhira Biswal was also fighting the elections from Katak. But Akshaya and Dhira Biswal were not fighting against each other. While Akshaya was fighting for Katak Lok Sabha seat, Dhira Biswal was trying his luck in Katak City Vidhan Sabha constituency.

Dhira Biswal, born in 1921, was 15 years senior to Akshaya. But both were professionally very very close. Dhira Biswal was a popular film actor and producer. He had delivered a number of hits from his ‘Pancha Sakha Pictures’ banner and people loved him as an actor. When both Dhira Biswal and Akshaya alighted on the election arena, it was a great opportunity for the Katak crowd to meet their favourite artists from close quarters. They simply loved and cheered them wherever they went.

But it was a very very tough battle. There were 11 candidates for Katak City Vidhan Sabha seat including former Chief Minister Biren Mitra, Congress stalwart Bhairab Chandra Mohanty, CPI leader Prabir Palit and PSP candidate Srikant Panda. Biren Mitra was also contesting the Katak Lok Sabha seat. Against him were JB Patnaik from Congress and Biswanath Pandit from PSP. The contest was little too tough for the new comers Akshaya and Dhira Biswal. Both were defeated. Akshaya finished on the 5th spot polling 8227 votes and Dhira Biswal finished 6th. Both the seats were won by Congress candidates, Bhairab Mohanty in Katak City Vidhan Sabha and JB Patnaik in Katak Lok Sabha.

That was the end of the electoral sojourn of the two stars. Since Akshaya and Dhira Biswal were fighting for Lok Sabha and Vidhan Sabha seats separately, most possibly both would have voted for each other, much like the old couple in Akshaya’s popular number.