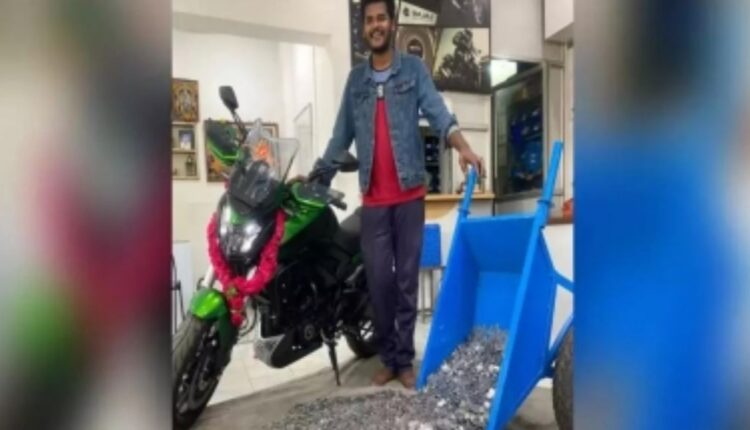 Chennai: A YouTuber and computer operator from Tamil Nadu’s Salem has bought his dream bike costing Rs 2.6 lakh, paying the money in one rupee coins that he had saved in the past three years.

The showroom staff said that it took ten hours for the buyer, his friends and five staffers to count the money.

Bhoopathi, 29, had set his eyes on a Bajaj Dominar 400 and when he enquired at the showroom three years ago, it was priced at Rs 2 lakh. He did not have had the money then and when he contacted the showroom recently, found that the cost had risen to Rs 2.61 lakh.

He had saved this money and that too, in one rupee coins, exchanging currency notes for the coins.

The money was brought in a van and then offloaded to the showroom in wheelbarrows.

Showroom Manager Mahavikranth told the media that he was not keen to accept the one rupee coins but agreed when he found that Bhoopathi had collected them just for the sake of buying this bike.