Not just Tanishq, 5 other instances when brands received backlashes for their controversial ads 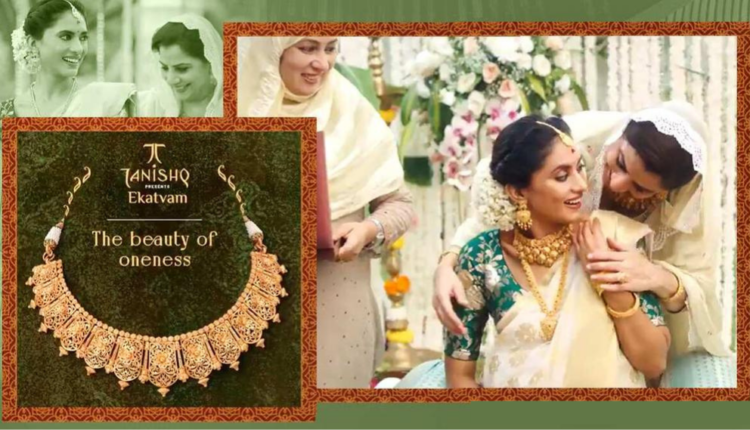 Tanishq has officially withdrawn their ad after being trolled viciously. Here's why this is a very sad state of affairs, and context from other such ads that were trolled (and some, withdrawn) https://t.co/Nb0cSiTPHX pic.twitter.com/sn3IMBqdmC

The ad that was released on October 9 drew huge flak after #BoycottTanishq started trending on Twitter for allegedly glorifying ‘love jihad’ and ‘sexism.

“The concept wasn’t as much a problem as the execution was, the fearful Hindu girl apologetically expressing her gratitude to her in-laws for the acceptance of her faith, Isn’t she the woman of the house? Why is she at their mercy? Why so meek and timid in her own house? Shameful,” she wrote.

“This advert is wrong on many levels, Hindu bahu is living with the family for a significant amount of time, but acceptance happens only when she is carrying their heir. So what is she just a set of ovaries? This advert does not only promote love-jihad but also sexism #tanishq,” another tweet by Ranaut read.

The concept wasn’t as much a problem as the execution was,the fearful Hindu girl apologetically expressing her gratitude to her in-laws for the acceptance of her faith, Isn’t she the woman of the house? Why is she at their mercy? Why so meek and timid in her own house? Shameful. https://t.co/LDRC8HyHYI

The social media users have been critical of controversial TV ads, especially commercials surrounding topics of religion and Indian culture.

Not just Tanishq, here’s a list of other brand commercials that attracted severe backlash and were subsequently censored or taken down. 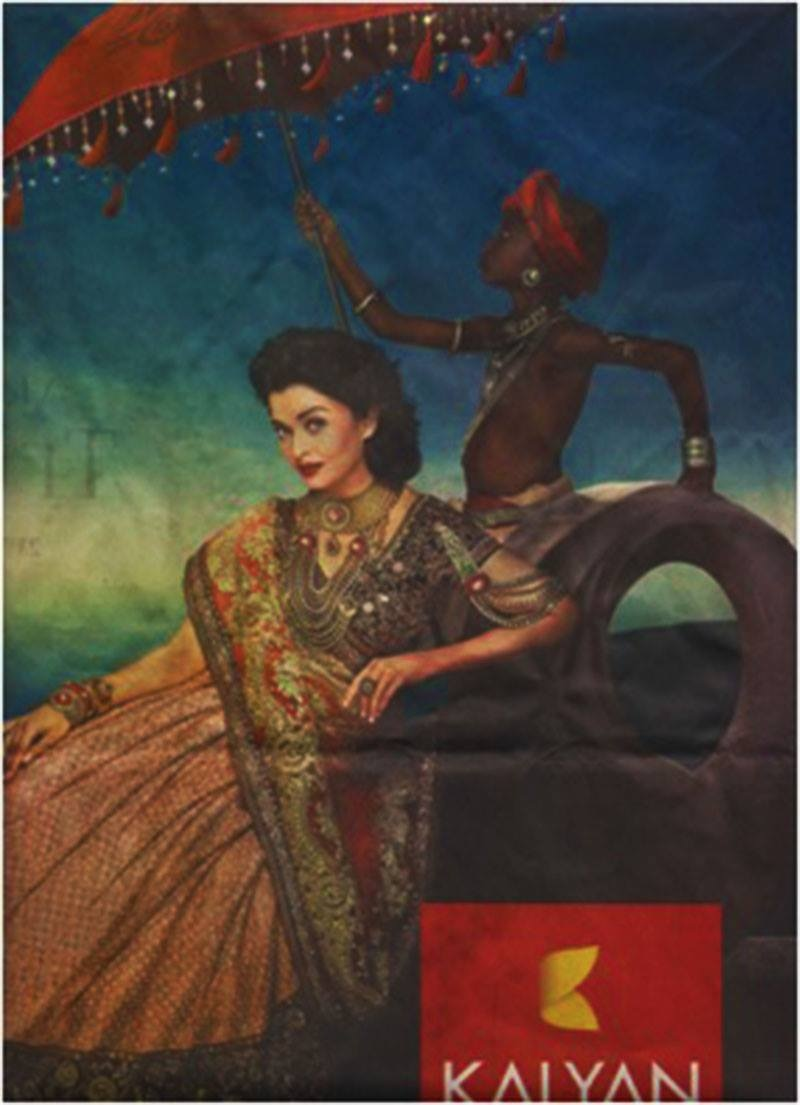 The ad that was released in 2015 showcased Rai reclining under a parasol held over her head by a ‘dark-skinned slave-boy’. An open letter was issued against Kalyan Jewellers which described the campaign as insidiously racist. Following the backlash, the company released a public apology and consequently had to withdraw the ad.

“Concerning the item Open letter to Aishwarya Rai Bachchan: This ad you figure in is insidiously racist, the creative was intended to present the royalty, timeless beauty and elegance. However, if we have inadvertently hurt the sentiments of any individual or organization, we deeply regret the same. We have started the process of withdrawing this creative from our campaign,” a statement from Kalyan Jewellers posted on Facebook read.

An ad launched by a meat industry lobby group, Meat, and Livestock Australia(MLA) on September 4 featured various Gods dining together and sharing a lamb meal. The advertisement also depicted Lord Ganesha enjoying the lamb meal. In response, a powerful protest was lodged by India that dragged the Australian company into a controversy. Significant petitions and protests later, the ad was finally removed.

M S Dhoni as the God of big deals 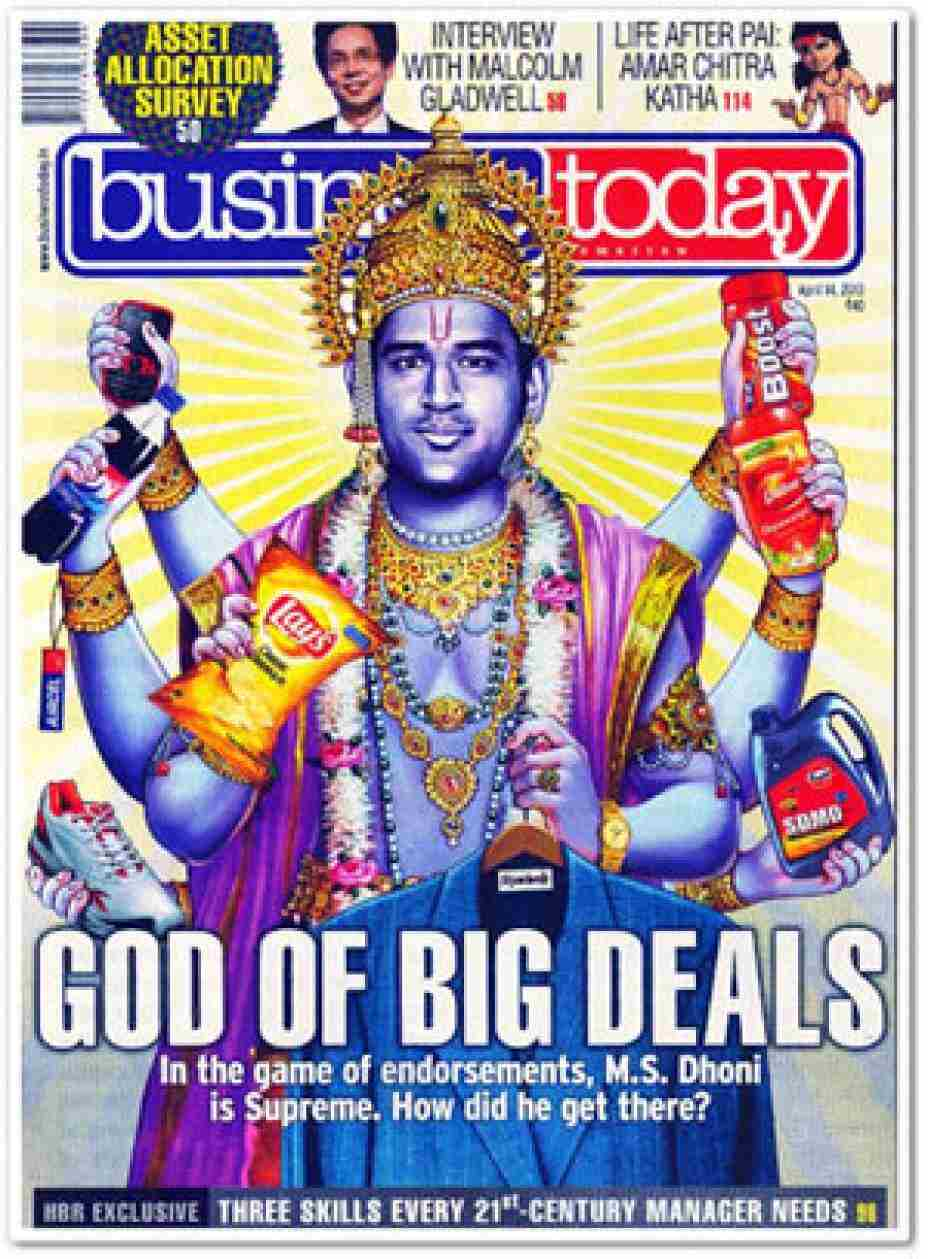 A 2013 Business Today magazine cover depicted former Indian Cricket team captain, M.S. Dhoni as Lord Vishnu, the God of Big Deals. Dhoni was accused of hurting religious sentiments as the image was morphed to make him look like Lord Vishnu holding various products including a shoe. The magazine caused widespread protests including warrants issued against the former captain.

While the ad was soon discontinued, Dhoni later revealed that he himself was not even aware that his picture was being used for any such advertisement campaign.

“I haven’t received any remuneration/goodwill or money for the news article or for the usage of my picture on the cover page or anywhere else. Neither have I posed for the picture which was published in the magazine on April 14, 2013,” Dhoni had said in a report.

Zomato and the Hindi Expletives

Shame on you @ZomatoIN ! Absolutely shameful what you’ve attempted to do. Your investors should be sickened by your behaviour! @smritiirani : this is outrageous. @ascionline pic.twitter.com/pSChhHSrxo

Online restaurant guide and food ordering app Zomato booked for trouble when their outdoor campaign included bold white letters MC.BC. (mac n’ cheese, butter chicken) written against a bright red background. The letters which are expletive in common Hindi language were viewed with disgust by many.

Following the backlash, Zomato’s art director Akshar Pathak apologized on twitter and promised the discontinuation of the advertisement.

Slapping a child in an ad isn’t justified by putting a super. Sick. Cheering & supporting a team also isn’t a bad thing. It’s called sportsmanship. What a horrible ad. Shockingly bad message. Is this what you want to teach children? Or maybe I didn’t get it? 🤔 https://t.co/KeYI12z5I5

The recent ad by Paytm First Games featuring Sachin Tendulkar was criticized on social media for portraying a young boy, a young Sachin Tendulkar being slapped. Users across the nation addressed their disappointment by calling it abusive to slap a child for making a mistake.

Bollywood director Kunal Kohli tweeted stating that the ad was problematic and argued that there was nothing wrong in cheering for another team in the name of sportsmanship.