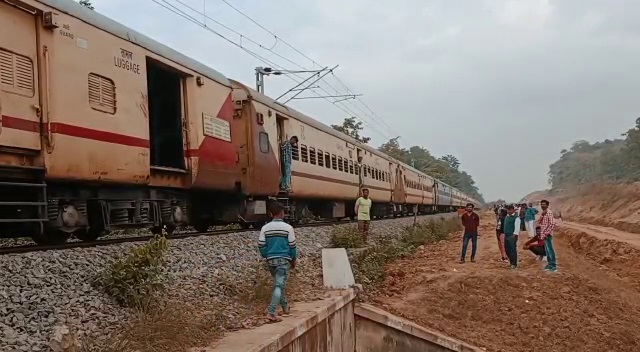 Balangir: Passengers onboard Tapaswini Express escaped narrowly after an overhead electric cable fell on the track in Balangir district today.

The train halted between Titilagarh and Siker causing inconveniences to passengers.

According to reports, the incident occurred in the morning when Puri-Hatia Tapaswini Express was moving from Titilagarh to next station.

A high-voltage overhead cable snapped allegedly due to stone blasting carried out by a a private firm near the railway track.

Assuming the risk, the Loco pilot stopped the train to evade eventuality.

On receiving information, the railway officials rushed to the site. The efforts are underway to restore the services.

NEET topper Mrinal Kutteri initially wanted to be an engineer