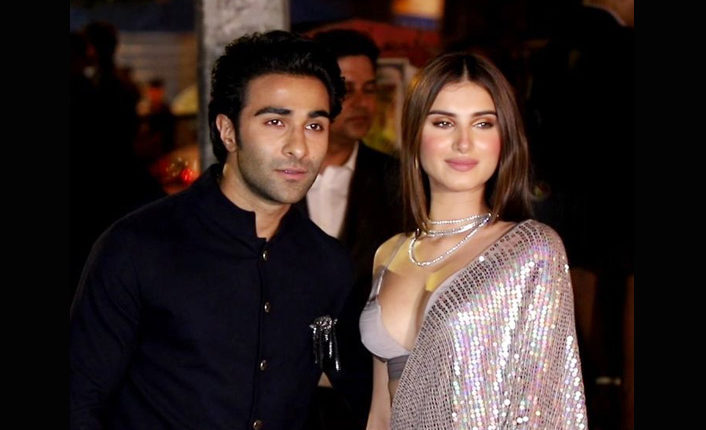 Bhubaneswar: Rumours have been flying high about the affairs of Tara Sutaria and Aadar Jain ever since the two appeared at Amitabh Bachchan’s Diwali party. The duo was also spotted at the Marjaavaan screening. Now they have come out in open about their affairs on Instagram.

Aadar Jain and Tara Sutaria attended the U2 band’s concert last night in Mumbai. Aadar shared a glimpse of the concert on Instagram and wrote “ When am with you” and tagged Tara in it.

Tara reposted the story and wrote, “Am always with you” with a heart icon. 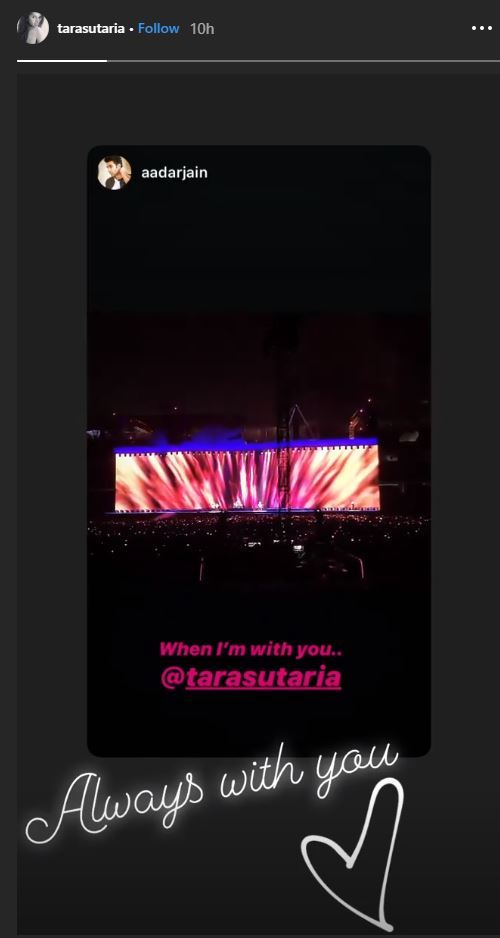 Actress Tara Sutaria made her acting debut in Bollywood movie “Student of the year” which was released this year.

Tara will be seen next in the Hindi remake of the Telugu film RX100. Tara will be featured opposite Ahan Shetty, who will be making his acting debut.

While talking to a tabloid recently, Tara said she and Aadar enjoy spending time with each other and going out. Aadar is special to her and both of them are foodies. The duo met for the first time during a Diwali party in 2018 and have lot of common friends.