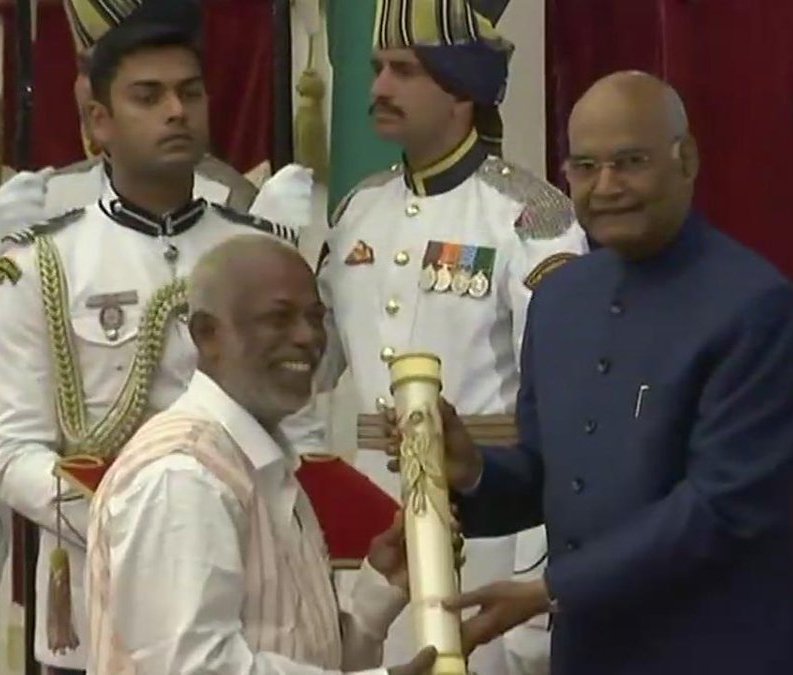 Devarapalli Prakash Rao, popularly known as D Prakash Rao, who is a tea seller by profession, was conferred with the fourth highest civilian award for his social work and providing free education to slum kids. He runs a school for slum children in Cuttack.

Similarly, Daitari Naik from Keonjhar district was conferred with Padma Shri award in recognition of his contribution to the nation in the field of social work. Besides, Kalama Pujari received the award for her excellent contribution in agriculture.

Worth mentioning, Odisha Chief Minister Naveen Patnaik’s sister Gita Mehta Mehta was selected for the prestigious civilian honour for her contribution in ‘Literature and Education’ as an NRI. However, she declined to accept the award saying that ‘the timing of the award’ months before the general elections may be ‘misconstrued’.

The awards are announced on Republic Day every year and conferred by the President of India at ceremonial functions at Rashtrapati Bhawan between March and every year. This year, 112 personalities were selected for the Padma awards. On March 11, the President had presented one Padma Vibhushan, eight Padma Bhushan and 46 Padma Shri Awards.