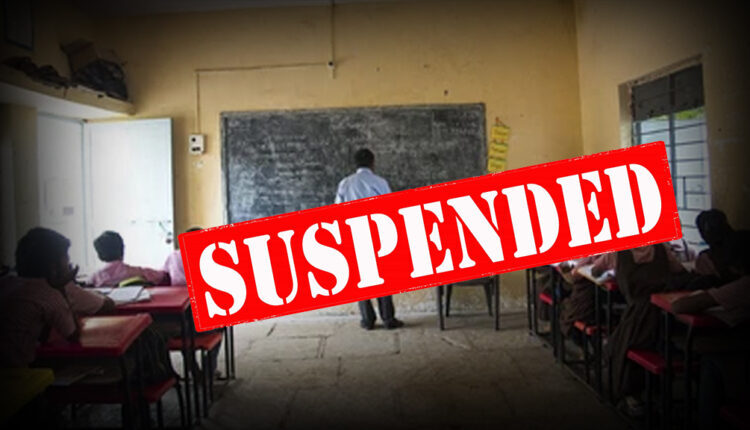 Angul: A government teacher faced suspension after he was reportedly caught napping half naked while some students massaged his legs, at an Upper Primary School in Angul district of Odisha on Sunday.

Maheswar Mishra, an assistant teacher at Saradhapur Upper Primary School in Angul block, was suspended by Block Education Officer Lopamudra Patnaik for his inappropriate conduct.  Headmaster of the school and another assistant teacher Gadadhar Nayak too faced the heat as their salaries were withheld for gross negligence of duty. The duo has been served show-cause notice as well.

As per reports, a team of officials from the block education office  were on an inspection visit to the school when they saw Mishra sleeping during class hours with a towel on his face and pants rolled up till his thighs while around 5-7 students of Class I and II massaged his legs.

While the headmaster was learnt to have been roaming in the village, the other assistant teacher Nayak was caught loitering near a papaya tree nearby.

Of total four teaching staff at the school, only one female teacher was found taking classes. BEO Patnaik confirmed the incident and said the accused teacher Mishra has been suspended. His retirement was due in a month. Salaries if both the headmaster and the other assistant teacher have been withheld and they have been served show-cause notice, she added.