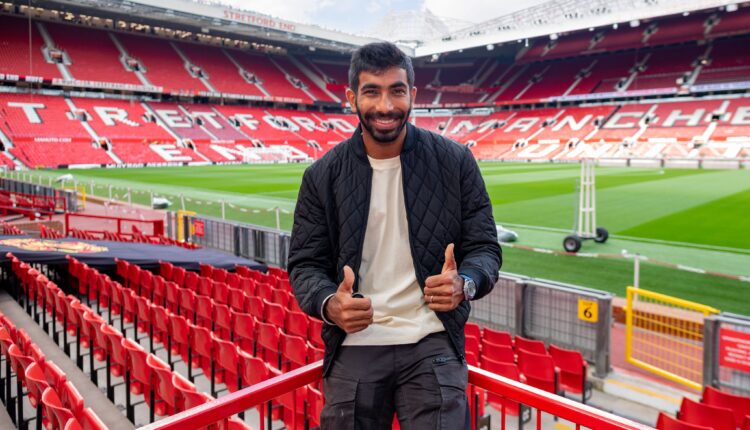 Taking to their official Twitter handle, the Premier League heavyweights shared pictures of Bumrah soaking in the atmosphere at Old Trafford.

United who are fourth in the Premier League table received a blow in the form of an injury to defensive stalwart Rafael Varane who was injured while on national duty for France in the Nations League final against Spain. United will next play Leicester City away from home this Saturday.